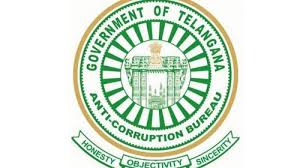 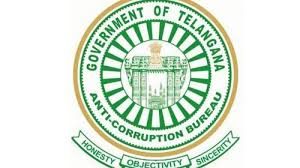 Kondurg (R.R. Dist), : A village revenue officer of Dattayapalli village under Keshampet mandal of Ranga Reddy District was caught red handed by the sleuths of Anti-Corruption Bureau on Wednesday while demanding and accepting Rs 4 lakh from a farmer for issuing digital pass book.

According to deputy superintendent of police Suryanarayana, a farmer Mamidipally Chennaiah of Dattayapally village under Keshampet mandal owns nine acres seven guntas land in Survey No. 85/Aa. The complainant Chenniah approached VRO Ananthaiah in June first week for digital pass book. When the VRO advised him to meet him after a week, he went to Ananthaiah on June 18.

On June 18, the VRO handed over new digital passbook to Chennaiah without entering details of the extent of land in it. Noticing the error, Chennaiah against met the VRO and consulted him. Anantaiah allegedly told the farmers that he had to pay Rs 8 lakh i.e. Rs 3 lakh to him and Rs 5 lakh to Tahsildar Lavanya for entering the land details in the passbook. Aghast over the demand, the farmer approached the ACB officials and lodged a complaint against the VRO.

On receiving the complaint, the ACB sleuths laid a trap and kept a watch for a week. On Wednesday, the vigilant sleuths caught VRO Ananthaiah red handed while he was accepting Rs 4 lakh from the complainant and registered a case against him after conducting panchanama and phenolphthalein test.