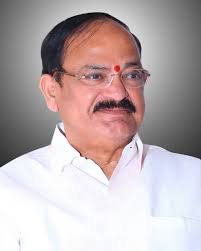 Hyderabad: Vice President M Venkaiah Naidu today emphasized the need for providing equal opportunities to women and training for them.

The Vice President was inaugurating Regional Vocational Training Institution here on Saturday where 1,000 women would be given training per year in skill development. He said the women should be provided equal opportunities in all the fields along with men. The percentage of educated women in the country was 65.45 per cent and efforts should be made to educate more women, he added.  The youth should be given proper skill training because small countries are expert in manufacturing electronic devices compared to India, Naidu said and suggested introduction of new courses in ITI. He also observed that politics should be confined to elections only.

The Vice President said Indians have inherent talent and ability for entrepreneurship. What is needed is state-of-the-art training and upgradation of skills. With about 65 per cent of the population below 35 years, the demographic dividend must be fully tapped to spur economic growth as well to meet the requirement of workforce to the globe”, he said. “There is an additional requirement of 109.73 million skilled manpower by 2022 in 24 key sectors, it is estimated that only 4.7 per cent of the total workforce in India has undergone formal skill training as compared to 68 per cent in United Kingdom, 75 per cent in Germany, 80 per cent in Japan and 96 per cent in South Korea”, the Vice President said and added the shortage of skilled workforce could be overcome by imparting vocational training.

Union Minister for Skill Development & Entrepreneurship Dharmenda Pradhan said skill training exclusively for women was being provided through the network of 11 Central Government Institutions and 1408 State Women IITs and women wings in general ITIs. Besides this, 30 per cent of the seats in general ITIs in most of the states were also reserved for women. Apart from RVTI-Hyderabad, six new RVTIs would soon be established in Punjab, Himachal Pradesh, Tripura, Goaand Tamil Nadu. ” It is a step in the right direction to have a tie up with apex organizations for higher specialized training for women to improve their employability”, he said.

No nation can make progress if women lag behind. With women constituting about 50 per cent of the country’s population, every effort has to be made to empower them economically, politically and in every other field. From Vedic times women were treated with respect and veneration in India. In Hindu, mythology, Lakshmi is the Goddess of wealth, Durga, the Goddess of power and Saraswathi, the Goddess of learning. However, the respect accorded in ancient times to women has been missing in modern times and this tendency not to treat them as equals has apparently contributed to lower literacy rates and lack of empowerment.

Successive governments since Independence have been trying to correct this distortion and change the mindset of the people by according equal importance to boys and girls in all matters from education to inheritance of properties. ‘Beti Bachao-Beti Padao’ program is a step in the direction of educating and empowering the girl child. “With the literacy rate of women touching about 65.46 per cent in the country and rising steadily, I would like to emphasize that studies have shown that increasing women and girls’ education contributes to higher economic growth. Although women constitute 50 per cent of demographic dividend, the major challenge is to increase their participation in the country’s labour force for faster economic growth. While there is an additional net requirement of 109.73 million skilled manpower by 2022 in 24 key sectors, it is estimated that only 4.7 per cent of the total workforce in India has undergone formal skill training as compared to 68 per cent in UK, 75 per cent in Germany, 80 per cent in Japan and 96 per cent in South Korea.

Vocational training institutes such as this would greatly contribute towards skilling of women and lead to increased economic empowerment. The shortage of skilled workforce could be overcome by imparting vocational training. The RVTI is offering training in fashion design & technology, architectural assistantship, cosmetology, front office assistant, secretarial practice (English), food and beverages service assistant.

Those undergoing training could also become successful entrepreneurs through proper guidance.   Financial institutions like MUDRA bank could go a long way in promoting entrepreneurship among women. Linkages must be established with banks, SIDBI and MUDRA in order to promote the entrepreneurial talent among women. With rising demand for skilled personnel in various fields, more such training institutes must be established through collaborative efforts of the government, industry and NGOs. An important aspect of any training or skilling program is to ensure last mile connectivity. Linkages with various industries must be established by RVTIs so that training is imparted in vocations that are in demand in the market.