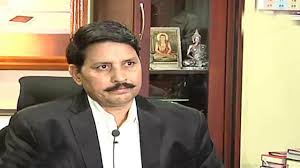 Voter can find vote he cast in Nandyal by poll: CEO

admin August 10, 2017 Hyderabad, Top News Comments Off on Voter can find vote he cast in Nandyal by poll: CEO 499 Views 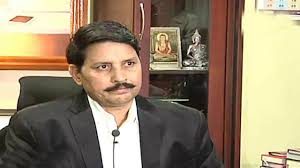 Hyderabad,  The Chief Electoral Officer of and Telangana and Andhra Pradesh, Bhanwarlal today stated that they made arrangements for Nandyal by poll on Aug 20 and results will be announced on 28.

At a press conference at Secretariat he said that the officials made poll arrangements in all the 255 polling booths and counting centers in Nandyal Assembly segment and pressing Central forces for security for smooth conduct of the bypoll.

Bhanwar Lal said that for the first time in the Telugu State, electronic Voting Machines will have attachment with Vote Verified Paper Audit Trails (EVMs with VVPATs) at all the polling booths. This facility, he said, will enable the voter to know to whom he has voted after pressing the button, the slip will be out from the machine and it will fall in the special container. Regarding charges of tampering the EVMs by political parties, he said that first level check of EVM & VVPATs has also been done during a meeting with all political parties. Steps have been taken for live webcasting and videography at all the polling stations he said.

He said that 8 companies of Central Armed Para Military forces will be deployed for the bando bust from August 16 on wards. Of 15 candidates in fray one is from Congress, and 2 from State parties such as Telugu Desam and YSRCP, 6 from other registered parties and remaining 6 are independents. There are 2,19,108 voters including 1,07,978 male with 200 service electors and 1,11,068 female voters including 50 service voters, 62 third gender he said.