google-site-verification=oa7ebK-QKiSPCvxPx2UBppJir9nAxs1BKixIBTtNDbY
Breaking News
Home / National / Violence should not be taken as right to protest; Opposition must stop misguiding people on CAA: PM Modi 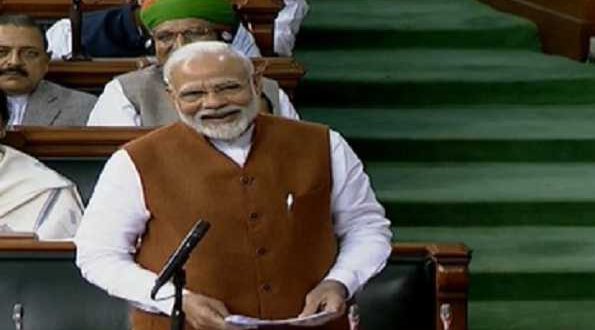 Violence should not be taken as right to protest; Opposition must stop misguiding people on CAA: PM Modi 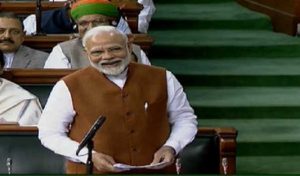 Prime Minister Narendra Modi today said that violence should not be taken as right to protest and urged the Opposition to stop misguiding people on Citizenship Amendment Act.

Replying to the debate on Motion of thanks to the President’s address in Rajya Sabha, he said, that Opposition is displaying double standards over the issue.

Speaking on National Population Register, Prime Minister Modi said, Census and NPR are general administrative activities which have been in place for long. He alleged that the issue has been politicized just to reap political benefits.

Mr. Modi said that those people who brought the NPR in 2010 are today questioning the same. Further speaking on NPR, Prime Minister said that those protesting against NPR are displaying their anti-poor mindset as the data collected from NPR will be used to directly transfer the government benefits to the poor.

Prime Minister Modi said that after the current governments’ initiatives to address long-standing issues of North-East, the region has witnessed peace and has joined the course of development with the rest of the country.

Alleging Congress of inaction, Mr. Modi said that the Bru-Reang crisis was overlooked for decades only because it did not appear to give political mileage. He said that the Bodo dispute has also been addressed by the current government with the surrender of all the armed insurgents.

Mr. Modi said, after the abrogation of Article 370, people of Jammu and Kashmir got the benefit of reservation and other Central Government policies. He said, this is the first time that Anti- Corruption Bureau has been set up and funding of separatist have been blocked.

Later, the house unanimously adopted the Motion of thanks to the President’s address. However, the Opposition parties including Congress, DMK, TMC, CPI and Samajwadi Party staged walkout after the Prime Minister’s speech.