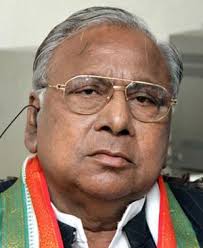 Hyderabad, Jan.6 (PMI): Congress senior leader V Hanumanth Rao on Monday alleged that the BJP and RSS leaders in the country were making contradictory statements in order to create confusion in the minds of the people. He said while the RSS president had said that all the 130 crore Indians were Hindus according to their organization, Union Minister of State for Home Affairs G. Kishan Reddy said India was a secular as it was a home for people of all the communities.
Addressing mediapersons here, VH asked the BJP leaders as to what the people in the country should believe in. He said if the statement of the minister was true then action should be initiated against the RSS chief. He said though he had already lodged a complaint with the LB Nagar police against the RSS chief on December 30, 2019, no action was initiated by the police so far. He recalled that a case was filed against their leader Rahul Gandhi for his  “Chowkidar Chorhai” remark and a demand was made to Rahul Gandhi to tender apology for his comment.
VH also asked the State government as to why they were not booking a case against Mohan Bhagavath. He said he would go to LB Nagar police station on Tuesday and demand them to register a case against the RSS chief. He also condemned the attack on the student leaders of JNU allegedly by ABVP activists.