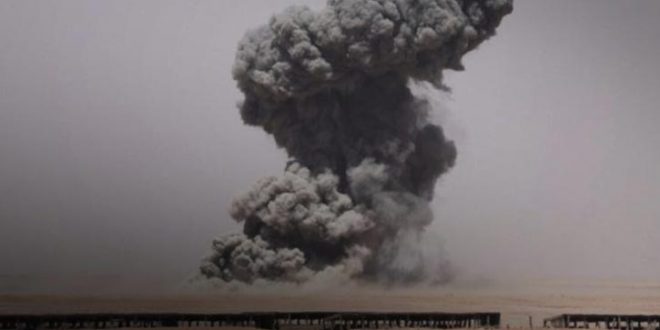 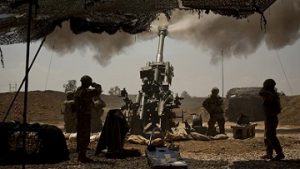 BAGHDAD/ DUBAI/ WASHINGTON: The United States military said on Sunday it carried out “defensive strikes” in Iraq and Syria against the Kataib Hezbollah armed group, two days after a US civilian contractor was killed in a rocket attack on an Iraqi military base.

Iraqi security and militia sources said at least 25 fighters were killed and at least 55 wounded following the air attacks in Iraq.

At least four Kataib Hezbollah commanders were among the dead, the sources said, adding that one of the raids had hit the Iran-backed group’s headquarters near the western al-Qaim district on the border with Syria. 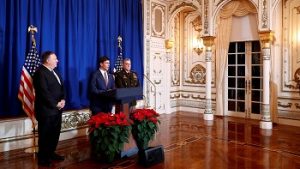 The targets – three in Iraq and two in Syria – included weapons-storage facilities and command locations used to plan and execute attacks, the statement added.

“We will not stand for the Islamic Republic of Iran to take actions that put American men and women in jeopardy,” Pompeo told reporters after the briefing, which took place at Trump’s Mar-a-Lago club in Palm Beach, Florida. 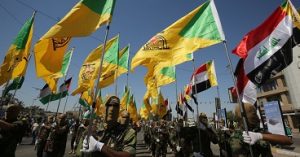 Secretary of Defense Mark Esper described the attacks as successful, and said the US could take “additional action”.

The US had accused the group of a rocket attack on Friday that killed a US civilian contractor and injured four US service members, as well as two members of the Iraqi Security Forces near the oil-rich city of Kirkuk.

“The question is what the reaction is going to be, particularly from Iran and the Iraqi government,” Kenneth Katzman, an expert on the region and author of Warriors of Islam: Iran’s Revolutionary Guard, told Al Jazeera.

“Already the caretaker prime minister who has tried to be friendly to both sides (Iran and the US) has said it was an infringement of Iraqi sovereignty so the strikes could potentially cause problems in the US-Iraqi relationship.” 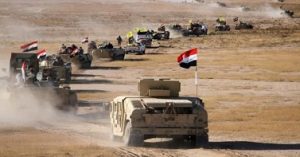 Earlier, the military spokesman for the country’s outgoing Prime Minister Abel Abdel Mahdi said the raids were “a violation of Iraqi sovereignty”.
Another powerful pro-Iran faction, Asaib Ahl al-Haq – whose leaders were recently hit with US sanctions – called for the Americans to withdraw from the country.
“The American military presence has become a burden for the Iraqi state and a source of threat against our forces,” it said in a statement.

“It is therefore imperative for all of us to do everything to expel them by all legitimate means.”

The Pentagon’s Hoffman said the raids carried out by the US would limit Kataib Hezbollah’s ability to carry out future attacks on Americans and their Iraqi government allies. 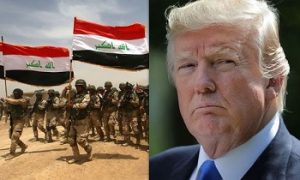 A few hours after the raids, four rockets exploded near a base housing US troops close to Iraq’s capital, an Iraqi security official told AFP. No injuries were reported.

Friday’s attack and the US retaliation come as Iraq is gripped by its biggest anti-government street protests since the US-led invasion of 2003 that toppled dictator Saddam Hussein.
Protesters, many of whom grew up in the post-Saddam era, have vented their anger at a government they consider inept, corrupt and beholden to Iran.

About 460 people have died in protest-related violence and some 25,000 have been wounded, but rallies and sit-ins have continued. 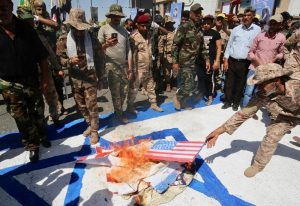 Since October 28, at least 11 attacks have hit Iraqi military bases where US soldiers or diplomats are deployed, including five rockets that hit Ain al-Asad airbase on December 3, just four days after US Vice President Mike Pence visited troops there.

Earlier this month, Pompeo blamed Iranian-backed forces for the attacks and warned Iran that any attacks by Tehran or proxies that harmed Americans or allies would be “answered with a decisive US response.”