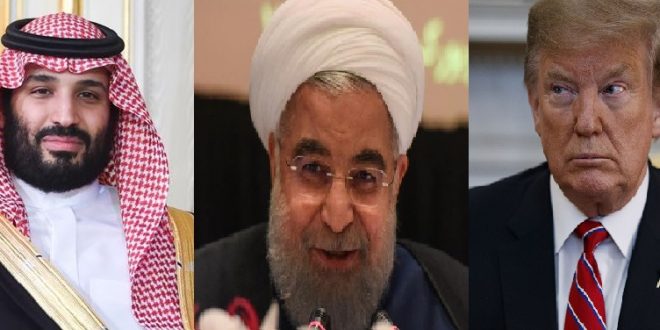 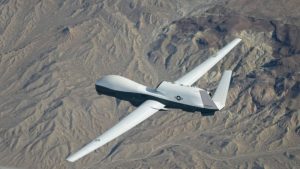 Iran’s Revolutionary Guard said it had shot down a US drone aircraft, further raising tensions between Tehran and Washington and sending oil prices sharply higher. The guard announced on Thursday that its air force “targeted and shot down a Global Hawk, a US spy aircraft, when it violated the airspace of the Islamic Republic of Iran” early on Thursday, according to the official IRNA news agency. 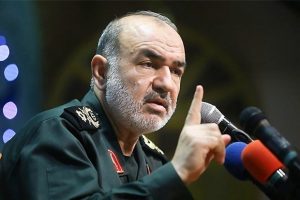 US officials confirmed a drone had been shot down but said the incident happened in international airspace over the Strait of Hormuz, one of the world’s most important shipping routes for oil and gas. One US official told media that the drone was a US Navy MQ-4C Triton.
General Hossein Salami, the commander of the Revolutionary Guards, told Iranian state television after the incident that the shooting down of the drone “sent a clear message” to America. Brent crude oil hit its highest level of the month after the incident. The international oil marker was up 2.7 per cent at $63.53 per barrel, setting it on course for its biggest single-session rise since April. The incident comes just days after Washington said it would send 1,000 more troops to the Middle East and threatens to exacerbate already heightened tensions given US warnings that it would respond strongly to any Iranian attacks on its interests. The Revolutionary Guard said the US unmanned surveillance aircraft was shot down in the southern Iranian province of Hormuzgan, which is located near the Strait of Hormuz. The incident comes after two oil tankers were attacked in the Gulf of Oman last week, with the US and Saudi Arabia blaming Iran for the incidents. Iran has denied any involvement. 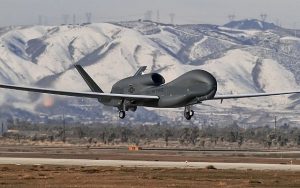 The US said earlier this month that one of its drones was downed in Yemen by an Iran-allied Houthi missile; another Iranian missile failed to strike a US drone that had been monitoring one of the two tankers. President Hassan Rouhani on Wednesday said that the US apportioning of blame, which was supported by “the UK and one or two small countries in the region”, was “a political game and propaganda” against a country that “has been protecting and safeguarding the waterway throughout history for thousands of years”. Iran announced on Monday that it would soon exceed limits on its enriched uranium stockpile agreed in the 2015 agreement.
The US and Iran have locked horns since US President Donald Trump pulled the US out of the 2015 nuclear accord Tehran signed with world powers last year and imposed sweeping sanctions on Iran that have severely affected Iran’s ability to export oil and plunged the republic into a deep recession. 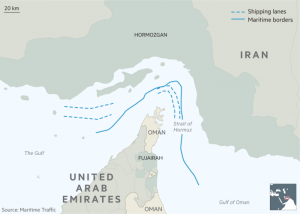 Rising tensions have prompted the US to deploy 1,000 more troops to the region this year, a month after it had deployed an aircraft carrier strike group together with bombers and additional troops to the region. The latest US military deployment includes a Patriot missile battalion, drones and manned surveillance aircraft. The US said these forces would help protect US personnel already in the Middle East, saying the goal was deterrence, not war. While senior Iranian officials have also said that Tehran does not intend to wage war, they have nonetheless pledged to fight back decisively against any invasion. Diplomats fear a miscalculation that could trigger escalation and turn a tense confrontation into conflict. Brigadier General Hossein Salami said this week that “sometimes the enemy is so close to us that we can read the number written on their weapon”.