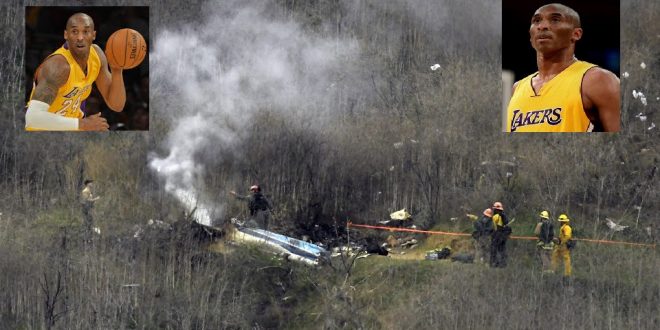 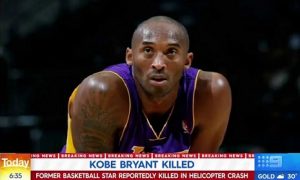 LOS ANGELES/ CALIFORNIA: American basketball legend Kobe Bryant and his daughter Gianna are among nine people killed in a helicopter crash in the city of Calabasas, California.

Bryant, 41, was travelling in a private helicopter when it came down and burst into flames.

The LA county sheriff said there were no survivors. Early reports had suggested five people were on board.

Bryant, a five-time NBA champion, was widely considered one of the greatest players in the game’s history.

Tributes from celebrities and fellow sports stars have been pouring in, many expressing shock at his sudden death. 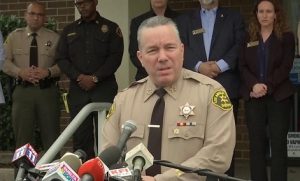 Moments of silence have been observed at basketball games across the US.

Bryant has also been remembered by gat the Grammy Awards which are being held at the Los Angeles Lakers’ stadium, where the player spent his entire career.

The NBA issued a statement saying it was “devastated by the tragic passing of Kobe Bryant and his daughter, Gianna” aged 13.

“For 20 seasons, Kobe showed us what is possible when remarkable talent blends with an absolute devotion to winning,” it said.

Sheriff Alex Villanueva said the helicopter manifest indicated that nine people were on board when it crashed, raising the number from five in earlier statements by officials.

“The aircraft went down in a remote field off Las Virgenes around 10:00 this morning. Nobody on the ground was hurt,” it added.

Gavin Masak, who lives nearby, told CBS News of the moment the helicopter crashed.

“It wasn’t exactly like an explosion sound but it was like a loud boom. It sounded like a helicopter, but it sounded like a jet, like it was loud, so I went inside and told my dad what was happening. So when I came out I saw smoke on the hill but it wasn’t like a big, black cloud of smoke, it was just grey,” he said.

Other eyewitnesses told celebrity news site TMZ they heard the helicopter’s engine sputtering before it went down.

The LA County Sheriff’s Department shared pictures from the scene of the accident, showing a fire truck and smoke emerging from the hills. 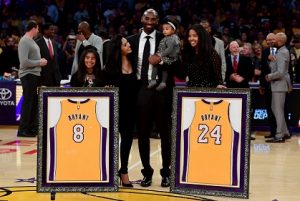 The National Transportation Safety Board identified the crashed helicopter as a Sikorsky S-76B and said it was sending a team to investigate the crash.

Bryant played his entire 20-year career with the Los Angeles Lakers. He retired in April 2016.

His achievements include being the 2008 NBA Most Valuable Player and two-time NBA Finals MVP. He was also NBA scoring champion twice and a two-time Olympic champion.

He famously scored 81 points against the Toronto Raptors in 2006, the second-highest single-game total in NBA history.

He also won an Oscar for best short animated film in 2018 for Dear Basketball, a five-minute film based on a love letter to the sport he had written in 2015.

Bryant and his wife, Vanessa, have three other daughters, Natalia, Bianca and Capri. 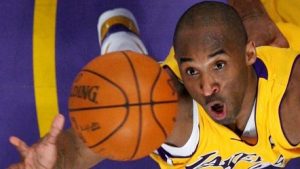 Bryant was accused of sexual assault in 2003 by a 19-year-old woman working at a Colorado resort. He denied the allegation, saying the two had consensual sex. The case was dropped after the accuser refused to testify in court.

He later apologised, saying he recognised that “she did not and does not view this incident the same way I did.” A subsequent civil suit was settled out of court.

Tributes for the sports star poured in on social media following news of the crash.

Shaquille O’Neal, who played alongside Bryant at the Lakers between 1996 and 2004, said there were “no words to express the pain I’m going through”.

“I love you and you will be missed,” he wrote on Instagram alongside a photo of the pair in their Lakers kits.

Deron Williams, who won an Olympic gold alongside Bryant, said he was 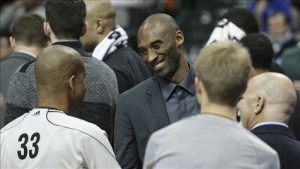 lost for words. He described Bryant as “the greatest competitor I have ever gone up against and played with.”

Former US President Barack Obama described Bryant as “a legend on the court” and said he was “just getting started in what would have been just as meaningful a second act”. 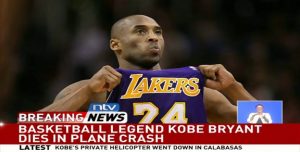 all the inspiration you gave”.

“This is absolutely terrible. Everyone is numb,” American actress and model Chrissy Teigen tweeted.

Pop star Mariah Carey said she was in shock.

Fans gathered at a makeshift memorial for Bryant in front of the Staples Center sports and entertainment arena in Los Angeles, laying flowers and basketballs in memory of the star. (Int’l Monitoring Desk)