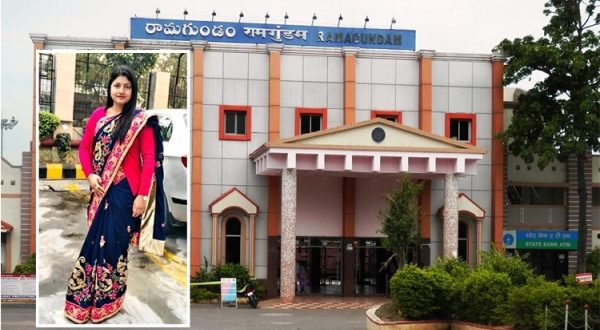 Hyderabad:Bhukya Chandrakala Niru, the Uttar Pradesh IAS officer whose property the CBI raided in connection with an alleged sand-mining scam, has a Telangana connect.

Chandrakala(40) was born in Garjanapalli of Yellareddy mandal in Karimnagar district. Her father B. Kishan was a retired senior technician with the Fertiliser Corporation of India in Ramagundam. The family lived for several years at the FCI Colony and apparently her mother, B. Lakshmi, still lives in the colony.

Lady Dabang as she is popularly known did her schooling from Kendriya Vidyalaya at Ramagundam. She moved to Hyderabad for her graduation in geography in Koti Women’s college. She married A. Ramulu, an executive engineer of Sriramsagar project. After completing her Master’s in Economics through distance education from Osmania University she appeared for the civil service examinations and secured 409th rank.

She has been in the media limelight since 2017 when she was seen reprimanding civic officials, teachers and corrupt officials and contractors. Popular on social media for her dashing attitude in fighting corruption she also has her own verified Twitter account which has close to nine lakh followers and also has multiple fan pages in Uttar Pradesh.