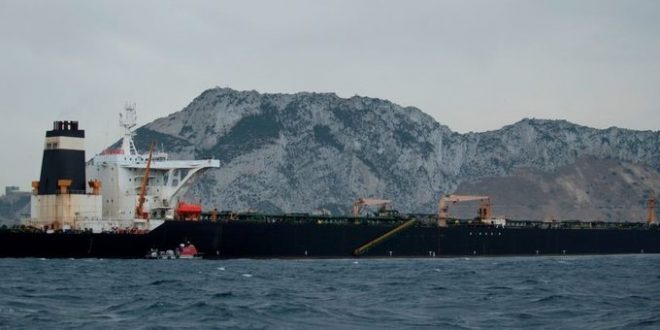 LONDON: Foreign Secretary Jeremy Hunt has said the Iranian tanker detained by Royal Marines near Gibraltar could be released, if the UK is guaranteed the oil is not bound for Syria.

The tanker, seized on 4 July, was suspected of breaking EU sanctions.

After “constructive” talks with Tehran, Mr Hunt said he was encouraged Iran has no desire to escalate the situation. 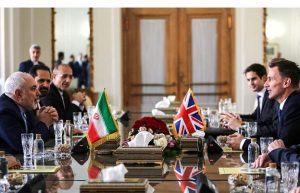 He said he reassured Iranian Foreign Minister Mohammad Javad Zarif that “our concern has always been destination, not origin of the oil” and that the UK would facilitate release “if we received sufficient guarantees that it would not be going to Syria”.

He added that Zarif wants to resolve the issue and was “not seeking to escalate”.

However, the Iranian foreign minister insisted his country would continue its oil exports under any conditions.

In a statement issued after the phone conversation with Hunt, Zarif said the destination of the oil tanker was a legal one in the eastern Mediterranean, adding that Britain should quickly release the vessel. 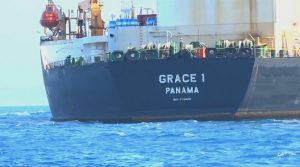 Why was the tanker seized?

A team of about 30 British Royal Marines were flown the UK Gibraltar to help detain the super tanker and its cargo, at the request of the Gibraltar government, the BBC was told.

Authorities said there was reason to believe the Iranian tanker Grace 1 was carrying crude oil to the Baniyas Refinery in Syria.

How did Iran react?

Iran denied the tanker was bound for Syria and threatened to seize a British oil tanker in retaliation. 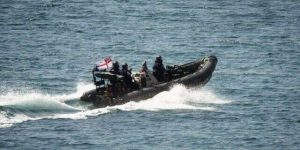 Iranian foreign ministry spokesman Abbas Mousavi called the actions a “form of piracy” and called for the ship to be immediately released and allowed to continue its journey.

Iran summoned the British ambassador in Tehran, Robert Macaire, to complain about what it called the “illegal seizure”.

Mousavi added that “the move indicated that the UK follows the hostile policies of the US, which is unacceptable for the Iranian nation and government”.

Iran has since reiterated calls for the tanker to be released.

Last week, an Iranian official, speaking to state news agency IRNA, warned the UK not to get involved in “this dangerous game”. 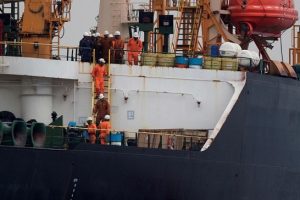 On 9 July, the UK raised the threat to British shipping in Iranian waters in the Gulf to “critical” – the highest level.

A day later, Iranian boats attempted to impede a British oil tanker in the region, before being warned off by a Royal Navy ship, according to the MoD.

Boats believed to belong to Iran’s Islamic Revolution Guard Corps (IRGC) approached the British Heritage tanker and tried to bring it to a halt as it was moving out of the Gulf into the Strait of Hormuz.

HMS Montrose, a British frigate shadowing the BP-owned tanker, was forced to move between the three boats and the ship, a Ministry of Defence spokesman said.

Iran denied any attempted seizure, with Iranian foreign minister Mohammad Javad Zarif quoted as saying the UK made the claims “for creating tension”. 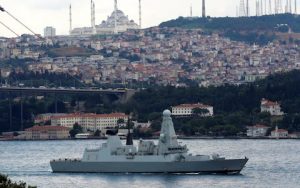 According to the analysis of James Robbins (BBC diplomatic correspondent) Jeremy Hunt very deliberately stressed to Iran’s foreign minister that it was the apparent destination of the oil – Syria – that concerns him, not its country of origin – Iran.

The Iranians do not accept that EU sanctions against Syria apply to them, but by making this distinction between origin and destination so explicitly, Britain’s foreign secretary is trying to re-establish the differences between Britain’s policy approach to Iran and that of the United States.

Washington is pursuing its own punitive measures against Tehran, including an attempt to close down its entire oil exporting capability. That’s an approach Britain and the EU do not support.

Iran often accuses the EU in general, and Britain in particular, of doing far too little to protect it from American efforts to destroy the Iranian economy.

This British offer to Iran is driven by a variety of motives, not least a strong desire to move away from crisis back to a mere breakdown in relations , but demonstrating a distinct distance from the American approach is one of those motives. (BBC)