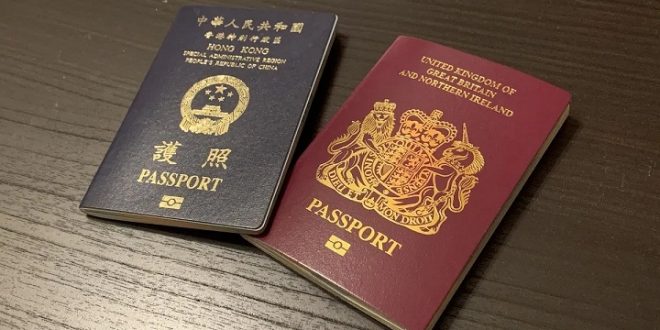 LONDON/ CITY OF VICTORIA/ BEIJING: Boris Johnson’s government will allow almost 3 million Hong Kong citizens to move to the U.K., risking a further escalation of tensions with China after it enforced a sweeping security law on the former British colony. 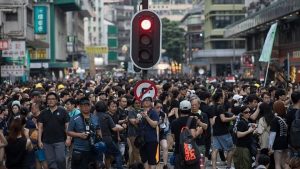 Speaking in the House of Commons on Wednesday, the British prime minister said the new legislation contravenes the 1984 treaty between London and Beijing, which set out the “one country, two systems” approach to protect Hong Kong’s autonomy when it returned to Chinese control in 1997.

Under the U.K. plan, the status of British National (Overseas) passport holders will be upgraded to offer them a path to U.K. citizenship. BNO passports are held by 350,000 people in Hong Kong, with a further 2.5 million eligible for them. China accused the U.K. of meddling in its internal affairs after the proposal was first put forward in May.

“The enactment and the imposition of this national security law constitutes a clear and serious breach of the Sino-British joint declaration,” Johnson said. “It violates Hong Kong’s high degree of autonomy and is in conflict with Hong Kong’s Basic Law.”

Johnson said he’d made clear “that if China continued down this path, we would introduce a new route for those with British National Overseas status to enter the U.K., granting them limited leave to remain, with the ability to live and work in the U.K. and thereafter to apply for citizenship — and that is is precisely what we will do now.” 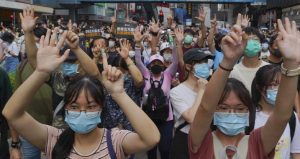 Foreign Secretary Dominic Raab said the new “bespoke immigration route” will allow holders of BNO status to come to the U.K. without the current six month limit, granting them five years limited leave to remain, with the ability to live and work in the U.K. After these five years, they will be able to apply for settled status and, after a further twelve months with that status, for citizenship.

Family dependents will also be allowed into the U.K. and there will be no limit on the numbers allowed to apply, he said. However, Raab made clear he expects “a large number” of those who are eligible to remain in Hong Kong or move elsewhere in the region.

On Thursday, Australian Prime Minister Scott Morrison said his cabinet was “very actively” considering offering Hong Kong citizens safe haven. He didn’t provide details on how that would be arranged.

“We think that’s important and very consistent with who we are as a people,” said Morrison, whose government has had its own clashes with China this year that have soured relations with its largest trading partner.

In the U.K., Raab also restated his criticism of HSBC for backing the new law at the expense of Hong Kong citizens’ rights. “I have been very clear in relation to HSBC and to all the banks — the rights and freedoms and our responsibilities in this country to the people of Hong Kong should not be sacrificed on the altar of bankers’ bonuses,” he said. 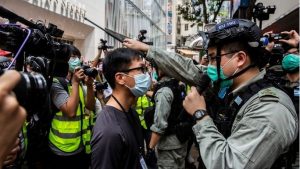 Speaking later on ITV’s “Peston” program, Raab acknowledged that the U.K. can’t stop China blocking Hong Kong residents from leaving, but that he hoped that would not happen.

“I wouldn’t want to be naive about this, I think we need to be realistic,” he said. “But I do think China as a rising leading member of the international community is sensitive to the reputational risk in all of this.”

The Chinese Embassy in London hit back in a statement, saying that the U.K. had indicated that the new policy would not apply to Chinese citizens in Hong Kong who hold BNO passports.

“If the British side makes unilateral changes to the relevant practice, it will breach its own position and pledges as well as international law and basic norms guiding international relations,” the Chinese Embassy said. “We firmly oppose this and reserve the right to take corresponding measures.”

The spat over passports is one of a series of flash-points in U.K.-China relations, which have deteriorated on issues ranging from the British response to pro-democracy protests in Hong Kong to the ongoing debate over whether Huawei Technologies Co. can retain a role in building the U.K.’s next-generation 5G telecommunications networks.

In an interview with Sky News in June, Raab said the U.K. would be prepared to sacrifice a post-Brexit free trade deal with China to protect Hong Kong citizens. 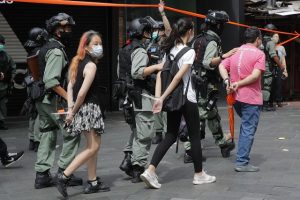 “We want a positive relationship with China,” Raab told Parliament on Wednesday. “It is precisely because we respect China as a leading member of the international community that we expect the Chinese government to meet its international obligations to live up to its international responsibilities.”

The U.K. is not alone in criticizing China’s new national security law, which came into force just ahead of the July 1 anniversary of Hong Kong’s return to Chinese rule, a symbolic occasion usually marked by mass protests against Beijing. U.S. Secretary of State Michael Pompeo said Hong Kong can no longer be considered sufficiently autonomous, and President Donald Trump is considering revoking some or all of its special trade privileges.

Meanwhile the G-7 group of nations has said the law would jeopardize a system “which has allowed Hong Kong to become one of the world’s most prosperous regions.”

The national security law is aimed at punishing acts of secession, subversion of state power, terrorism and “collusion” with foreign and external forces. Separately, Hong Kong lawmakers passed legislation on June 4 that would punish anyone who shows disrespect for China’s national anthem — something that is already a crime in the mainland.

Hong Kong Chief Executive Carrie Lam, who is supported by Beijing, has defended the plan, insisting it has wide public support and the city’s freedoms would be preserved. (Int’l News Desk)