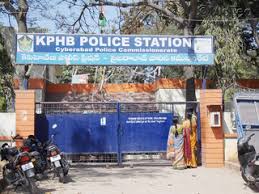 Hyderabad,  Husband of a senior officer with the Anti-Corruption Bureau (ACB) here on Monday accused his wife of having sexual affair with a Circle Inspector and that they were staying together in the couple’s flat in Hyderabad for the last three days.
According to the Kukatpally Housing Board police, both the police officers were found in a flat owned by the woman officer and her husband, here on Sunday night. “The husband found them together after he went there along with his family members. Someone tipped him off that the two were together in the flat in Kukatpally,” said Kushalkar, Inspector, KPHB.
After the apartment’s security guard informed the police about a family dispute in the flat, a police team rushed to the spot, but no case was booked as the family has refused to lodge a complaint, he said.