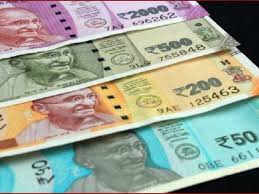 After his release on bail on January 12, Ghouse planned to restart his business of circulating fake currency. He went to Rajahmundry Central Jail on January 19 and met his co-accused Suraj Shaik of Malda and Ameenul Rehman of Vijayawada. While both Ghouse and Rabiul Sekh were trying to exchange fake currency notes in Hashamabad area under Chandrayanagutta police limits, they were nabbed by the police. The seized currency has all the features of the original currency notes, police added.  (PMI)