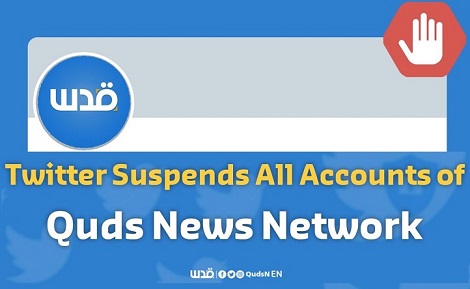 PALESTINE/ NEW YORK/ MELBOURNE: Without any prior notice, Twitter suspended the English, Arabic and Breaking News accounts of Quds News Network (QNN), the largest and most viewed news network in Palestine, on its platform while the entire data has also been either removed or deleted from all search engines including Google, witnesses and sources reported. 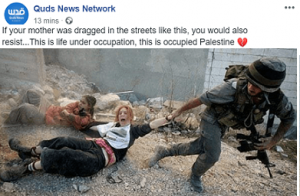 An independent Palestinian news website considered one of the primary sources of news on Palestine and the Israeli occupation.

The suspension of Quds News Network accounts, which have hundreds of thousands of followers, is the latest in a series of actions involving social media sites including Facebook in either temporarily or permanently banning Palestinian accounts.

Twitter’s move follows the website’s censorship by the Palestinian Authority (PA) two weeks ago, where it was one of the more than 50 news websites and pages that the PA accused of violating a cybercrime law in the Occupied West Bank.

Activists have argued that these websites have been suppressed for being critical of PA President Mahmoud Abbas and his leadership.

Social media users called on Twitter to reverse the decision to block the accounts of the Quds News Network.

Ahmed Jarrar, a Palestinian journalist, called the suspension of news accounts that shed light on the practices of the Israeli occupation a “cowardly decision”. 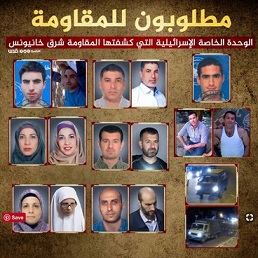 “We thought Twitter had a wider space regarding freedom of expression than Facebook,” he wrote on Twitter. “Yet it joined the side of the Israeli occupation by rejecting any free Palestinian voice.

“Deleting and gagging accounts is a cowardly and weak decision. The voice of the press and free media cannot be silenced in modern times.”

According to Sada Social, a site that monitors violations of various social media platforms against Palestinian content, Palestinian accounts on Facebook have been restricted and imposed with punitive measures following Israeli pressure.

In its monthly report, Sada Social said that the rate of violations in October increased significantly (up to 145), and monitored hundreds of cases where accounts belonging to Palestinian activists and news pages have been suspended. 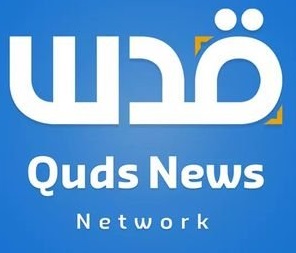 “(Nothing happens) to Israelis who publish a status calling for killing Palestinians”, “but if Palestinians post any news about something happening on the ground or done by an Israeli soldier, Facebook (may) close the account or the page, or delete the post,” he said.

In response to when Facebook had previously used measures to restrict content on its pages, the Quds News Network said that these constraints, such as blocking or deleting pages, shows clear bias and targeting of Palestinian media.

The network also explained that it is taking measures to deal with what it called a “blatant violation”, which aims to “harm the Palestinian content and get rid of a narrative that contrasts the one carried by the Israeli occupation”. 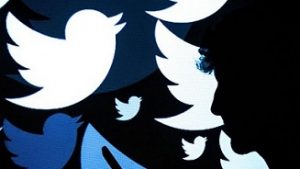 “Israel is putting pressure on Facebook through strategies such as a law that would make it obligatory for the company to cooperate with Israel on posts that the state deems constitutes incitement,” he wrote in an opinion piece on Al Jazeera in 2017.

In 2018, Facebook representative, Aibhinn Kelleher, said: “When it comes to the Israeli government having special treatment that is not the case.”

During a visit by a Facebook delegation to Israel in 2016, the social media giant signed an agreement with Israel to strengthen cooperation “with the aim of improving cooperation against incitement to terror and murder”.

Subsequently, a report published the following year by the Israeli justice ministry said its cyber unit handled 2,241 cases of online content and succeeded in getting 70 percent of them removed.