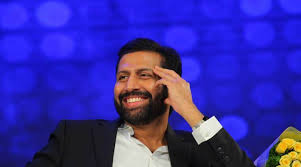 Hyderabad, Oct.5 (PMI): Former CEO of TV9 Ravi Prakash was detained by the Banjara Hills police on Saturday for allegedly cheating and gross misappropriation of funds that caused wrongful loss to Associated Broadcasting Company Private Limited (ABCPL) and its share holders.
A 10-member police squad went to the house of Ravi Prakash and took him into custody without citing any reason. The arrest took place after the management of Amanda Media lodged a complaint against Ravi Prakash and his associate MKVN Murthy with Banjara Hills alleging that the duo has diverted Rs 18.31 crore of the company to their personal accounts without the approval of the board.
Ravi Prakash, who had been heading TV9 channel since its launch in 2004, was sacked in May this year as the CEO by Alanda Media, which last year acquired a 90.54 per cent stake in Associated Broadcasting Pvt Ltd (ABCPL), then owner of TV9 group of channels. After evading arrest for nearly a month, Ravi Prakash appeared before police on June 4 following Supreme Court’s refusal to grant him anticipatory bail and asking him to appear before the investigators. He was questioned in the case. The well-known anchor claimed that he was falsely implicated.
The management also alleged that Ravi Prakash had not only cheated the company, but also resorted to misappropriate funds and caused wrongful loss to the company. Although the Banjara Hills police issued a notice under Section 41(a) of CRPC, Ravi Prakash refused to receive the notice prompting them to arrest him. The company had lodged three more complaints against Ravi Prakash earlier.