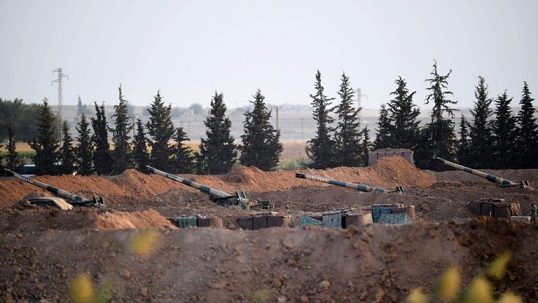 ISTANBUL/ DAMASCUS: Turkey has boosted its forces on the Syrian border ahead of a long-threatened incursion that could target Kurdish-led forces allied to the US.

Troops would cross into Syria “shortly”, a presidential aide said. 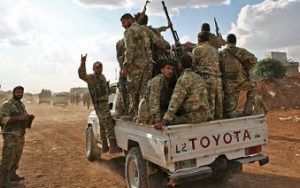 Turkey wants to create a “safe zone” cleared of a Kurdish militia that will also house some of Turkey’s 3.6 million Syrian refugees.

Donald Trump has withdrawn US troops in the area in a controversial decision widely condemned at home and abroad.

He again defended his move on Tuesday, saying the Kurds had not been abandoned, calling them “special”.

The Kurds were key US allies in defeating the jihadist group Islamic State (IS) in Syria but Turkey regards the Kurdish militia that dominates the US-allied Syrian Democratic Forces (SDF) as a terrorist group. The US pullout was seen as paving the way for an offensive.

Convoys of trucks with armored personnel carriers and tanks were seen heading to the Turkish border town of Akcakale on Tuesday night. Images of buses carrying personnel were shown by state news agency Anadolu. 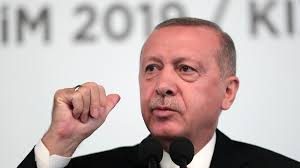 He said Kurdish militia fighters could either “defect or we will have (to) stop them from disrupting our counter-IS efforts”.

Initial indications suggest a limited incursion by Turkey along a 100km stretch of the border between the towns of Tal Abyad and Ras al-Ain.

It is a sparsely populated, mostly Arab, area and it is unclear what conflict with Kurdish forces would take place. 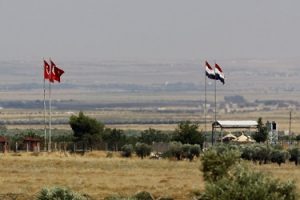 The SDF said the border areas were “on the edge of a possible humanitarian catastrophe”.

“The attack will spill the blood of thousands of innocent civilians,” the SDF’s general command said.

The Kurdish-led administration in the region said in a statement: “We announce three days of general mobilization in northern and eastern Syria,” calling on civilians to “head to the border with Turkey to fulfil their duty”.

Russia’s Security Council said it was “important for everyone to avoid any action that could create obstacles to a peaceful settlement in Syria”.

In a series of tweets, Trump also praised Turkey as a trade partner and NATO ally, hours after saying he would “destroy and obliterate” its economy if the country went “off limits” in its incursion. 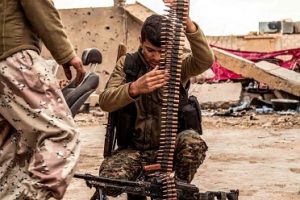 “We may be in the process of leaving Syria, but in no way have we abandoned the Kurds, who are special people and wonderful fighters,” Trump said, adding that the US was helping the Kurds “financially (and with) weapons”.

“Any unforced or unnecessary fighting by Turkey will be devastating to their economy and to their very fragile currency,” the president said as he described the relationship between the two countries as “very good”.

In a statement, the Pentagon said “unfortunately, Turkey has chosen to act unilaterally” and that the US personnel were removed “to ensure their safety” but that they were not being sent out of Syria.

The White House also confirmed that Turkish President Recep Tayyip Erdogan would visit the US on 13 November at the invitation of President Trump.

The SDF says that it is detaining more than 12,000 men suspected of being IS members in seven prisons. At least 4,000 of the prisoners are foreign nationals. The exact locations have not been published but some are reportedly close to the Turkish border. 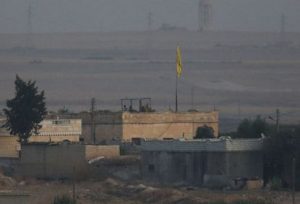 Two camps – Roj and Ain Issa – holding families of suspected IS members are inside the “safe zone”.

Trump warned Erdogan that if he did send troops into northern Syria, they would be responsible for securing captured IS fighters.

The SDF has said its fighters will continue to guard the prisons and camps, but there is a concern they could be called away to other areas or be forced to flee if they come under attack.

On Wednesday, IS militants reportedly carried out three suicide attacks in their former de facto capital of Raqqa, about 80km (50 miles) south of Akcakale on the Turkish border. There was no confirmation of casualties.