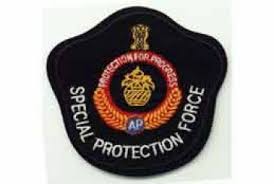 Hyderabad : The Telangana State Special Protection Force (TSSPF) has enlisted government and private college students living in Patancheru and Ameenpur as Lake Commandos to step up conservation of the Ameenpur lake system in the run up to the Ganesh Utsav festivities and Nimajjanam of idols.

Volunteers, sporting exclusive Lake Commando arm bands, along with the TSSPF officers as well as activists of the Hyderabad Birding Pals (HBF) and the Friends of Flora and Fauna (FoFF) are to go round the residential areas in the vicinity of Ameenpur and adjacent lakes. They are taking up a door-to-door campaign to install  eco-friendly Ganesh idols and propagate the message of eco-friendly Ganeshas and about the immersion of idols in the lakes and other areas designated for immersion by the police. They will also keep vigil near the lakes to prevent any unauthorized immersion and redirect the idols to the designated places.

The Lake Commandos will be guided and accompanied by officers of the TSSPF and activists of the HBP and FoFF. Immersion of idols may be done in Devunikunta lake, Beramguda, Ameenpur Gram Panchayat the marked area where it was done last year. Immersion is to be avoided in Peddacheruvu, Kothacheruvu and Bandamkommu cheruvu of Ameenpur village. Both the Lake Commandos and those accompanying them will impress upon on everyone about the use of Ganesh idols made of clay only and explain how it is eco-friendly. They will also be involved in removing garbage and debris after the Ganesh immersion at all the designated lakes and areas.

Tejdeep Kaur Menon has stated that after 10 days of immersion of Ganesh idols made of Plaster of Paris and painted with toxic colours, the oxygen levels in the lakes decrease to about 50 per cent endangering the life of the flora and fauna in and around the lakes. The Plaster of Paris (POP) used for making of Idols does not dilute in the water after immersion.  It pollutes the lakes and destroys the native fish and other flora species in the water body. “By immersing Idols made of Plaster of Paris (POP) and painted with chemical paints, we are choking life in and around the lakes and also filling our lakes with plastic bags and other litter accompanying the Ganeshas which is not biodegradable. Every year about one-and-a-half lakh idols are being immersed in the lakes situated in and around Hyderabad.