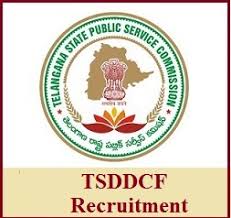 Hyderabad,  Telangana State Dairy Development Co-op Federation Staff and Workers Union  has alleged today that the Federation has been facing many problems and incurring losses during the past 30 months  as a result if faulty decisions taken by the Managing Director Mrs. Nirmala.

Addressing the media here, Union general Secretary K yadaqiah and other office-bearers  said there has been a  steep fall of milk sale of the Federation in Hyderabad city and other places, while the AP Dairy is allowed  to use the same Vijaya logo and do business and it is selling approximately one lakh litres per day in the market.  The Unionn leaders have listed as many as 15 irregular, faulty decisions taken by the Managing Director, which resulted in huge losses to the Federation, and  reqested the Government to shift her from the position.
They further said that Hyderabad M P Asaduddin Owaisi has also addressed a letter to the Chief Minister in October last  stating that the sale of Vijaya milk has come down, while the sale of Andhra Vijaya brand is increasing day by day   and it seems that the present Managing Director’s intention is only to close down the Telangana federation.  He wanted the Chief Minister to order an inquiry into  the faulty decisions of the M D and to transfer her urgently.