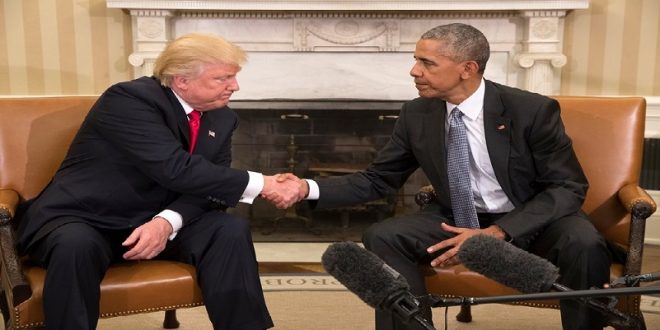 NEW YORK/ TEHRAN: Donald Trump abandoned the Iran nuclear deal to spite Barack Obama, according to a leaked memo written by the UK’s former ambassador to the US.

Sir Kim Darroch described the move as an act of “diplomatic vandalism”, according to the Mail on Sunday.

It says the memo was written after the then Foreign Secretary Boris Johnson appealed to the US in 2018 to sick with the nuclear deal.

Under that agreement Iran agreed to limit its sensitive nuclear activities.

It would also allow in international inspectors in return for the lifting of crippling economic sanctions.

However, President Trump did not think that the deal went far enough. 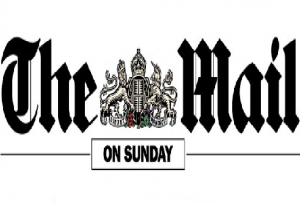 The newspaper reports that after Johnson returned to the UK from the US, Sir Kim wrote that President Trump appeared to be abandoning the nuclear deal for “personality reasons” because the pact had been agreed by his predecessor, Barack Obama.

The British ambassador is said to have highlighted splits amongst US presidential advisors and that the White House did not have a “day-to-day” strategy of what to do following withdrawal from the deal.

The paper reports that Sir Kim wrote a memo to Johnson, saying: “The outcome illustrated the paradox of this White House: you got exceptional access, seeing everyone short of the president; but on the substance, the administration is set upon an act of diplomatic vandalism, seemingly for ideological and personality reasons – it was Obama’s deal.

“Moreover, they can’t articulate any ‘day-after’ strategy; and contacts with State Department this morning suggest no sort of plan for reaching out to partners and allies, whether in Europe or the region.” 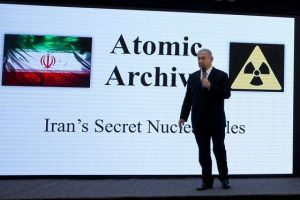 The latest disclosure comes despite a warning from Scotland Yard to media about publishing leaked diplomatic memos.

They warned that journalists who released further details of the former ambassador’s communications could be in breach of the Official Secrets Act.

Those memos, which emerged a week ago, saw the then UK ambassador refer to the Trump administration as “clumsy and inept”.

That prompted a furious response from the US president, who described Sir Kim as “a very stupid guy” with whom he would no longer deal.

The government launched an internal Whitehall inquiry into the publication following the reports.

But Sir Kim stepped down as US ambassador on Wednesday, saying it was “impossible” for him to continue. 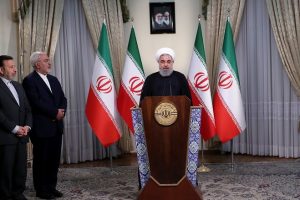 Following his resignation police launched a criminal investigation into the origins of the leak with Scotland Yard’s Assistant Commissioner Neil Basu saying there was a “clear public interest” in bringing those responsible to justice.

But editors and senior politicians – including the two men vying to become the next prime minister – have criticized his warning against publishing further details.

Foreign Secretary Jeremy Hunt said he defended “to the hilt” the right of the press to publish leaks if they “judge them to be in the public interest”. 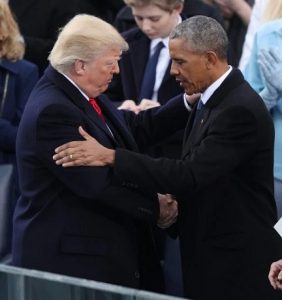 His rival Boris Johnson said it was correct the person responsible for the leak was “hunted down and prosecuted” but it was wrong for police to target the media.

Following the backlash, Asst Commissioner Basu added that the Met had “no intention” of trying to prevent the publication of stories in the public interest.

However, he added: “We have also been told the publication of these specific documents, now knowing they may be a breach of the OSA [Official Secrets Act], could also constitute a criminal offence and one that carries no public interest defence.”

The Mail on Sunday has defended its decisions to publish more further details from the memos.

A spokesman for the newspaper said it was in the public interest and revealed “important information” on the UK’s attempts to stop President Trump abandoning the Iran nuclear deal. 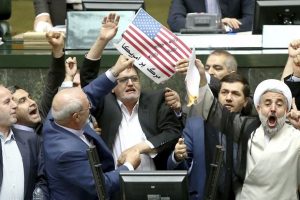 He added: “What could be more in the public interest than a better understanding of how this position was reached, which may have serious consequences for world peace?”

In response, a Foreign Office spokesman called it a “totally unacceptable leak” of “sensitive material” and called for the source of the leak to “face the consequences of their actions”.

He added that it was “not news” that the UK and US differ in their approach to preventing Iran acquiring a nuclear weapon. (Int’l News Desk)