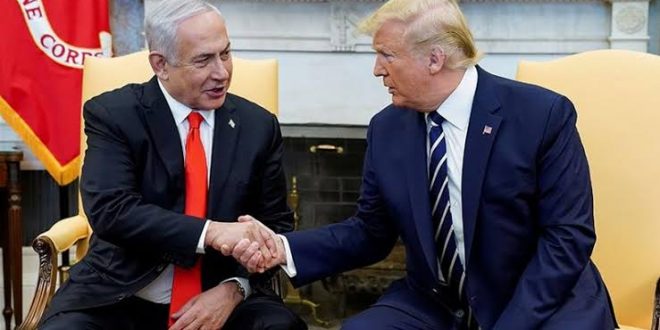 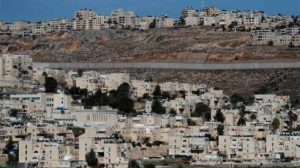 He proposed an independent Palestinian state and the recognition of Israeli sovereignty over West Bank settlements.

Standing alongside Israeli PM Benjamin Netanyahu at the White House, Trump said his proposals “could be the last opportunity” for Palestinians.

Palestinian President Mahmoud Abbas dismissed the plans as a “conspiracy”.

“I say to Trump and Netanyahu: Jerusalem is not for sale, all our rights are not for sale and are not for bargain. And your deal, the conspiracy, will not pass,” he said in a televised address from Ramallah in the West Bank. 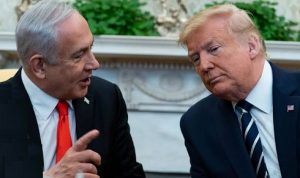 The blueprint, which aims to solve one of the world’s longest-running conflicts, was drafted under the stewardship of President Trump’s son-in-law Jared Kushner.

Thousands of Palestinians protested in the Gaza Strip earlier on Tuesday, while the Israeli military deployed reinforcements in the occupied West Bank.

The joint announcement came as both Trump and Netanyahu faced political challenges at home. Trump is the subject of an impeachment trial in the US Senate while the Israeli PM on Tuesday dropped his bid for immunity on corruption charges. Both men deny any wrongdoing.

David Friedman, the US ambassador to Israel, said that the timing of the announcement was not tied to any political development, adding it had been “fully baked” for some time. 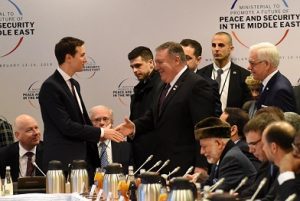 Meanwhile, reports said Netanyahu was planning to press ahead with annexing 30% of the occupied West Bank, with a cabinet vote due on Sunday.

More than 400,000 Israelis live in West Bank settlements. Those settlements are considered illegal under international law, although Israel disputes this.

Friedman said Israel did “not have to wait at all” to move ahead with annexation.

“My vision presents a win-win opportunity for both sides, a realistic two-state solution that resolves the risk of Palestinian statehood to Israel’s security.” 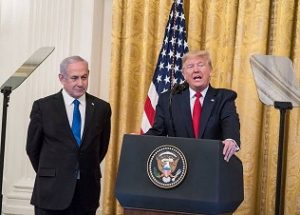 The US will recognize Israeli sovereignty over territory that Trump’s plan envisages being part of Israel. The plan includes a conceptual map that Trump says illustrates the territorial compromises that Israel is willing to make

The map will “more than double the Palestinian territory and provide a Palestinian capital in eastern Jerusalem”, where Trump says the US would open an embassy. The Palestine Liberation Organization (PLO) said Trump’s plan would give Palestinians control over 15% of what it called “historic Palestine”.

Jerusalem “will remain Israel’s undivided capital”. Both Israel and the Palestinians hold competing claims to the holy city. The Palestinians insist that East Jerusalem, which Israel occupied in the 1967 Middle East war, be 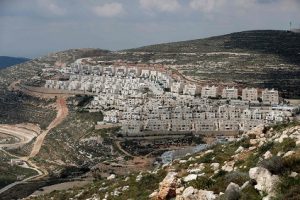 the capital of their future state.

An opportunity for Palestinians to “achieve an independent state of their very own” – however, he gave few details.

“No Palestinians or Israelis will be uprooted from their homes” suggesting that existing Jewish settlements in the Israeli-occupied West Bank will remain.

Israel will work with the king of Jordan to ensure that the status quo governing the key holy site in Jerusalem known to Jews as the Temple Mount and al-Haram al-Sharif to Muslims is preserved. Jordan runs the religious trust that administers the site.

Territory allocated to Palestinians in Trump’s map “will remain open and undeveloped for a period of four years”. During that time, Palestinians can study the deal, negotiate with Israel, and “achieve the criteria for 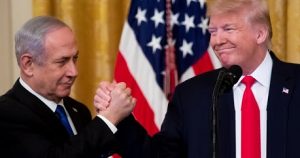 “Palestinians are in poverty and violence, exploited by those seeking to use them as pawns to advance terrorism and extremism. They deserve a far better life,” Trump said.

He also indicated that the West Bank would not be cut in half under the plan.

“We will also work to create a contiguous territory within the future Palestinian state, for when the conditions for statehood are met, including the firm rejection of terrorism,” he said.

2020-01-29
admin
Previous US basketball legend Kobe Bryant dies in helicopter crash
Next US drops 7,423 bombs in Afghanistan during 2019