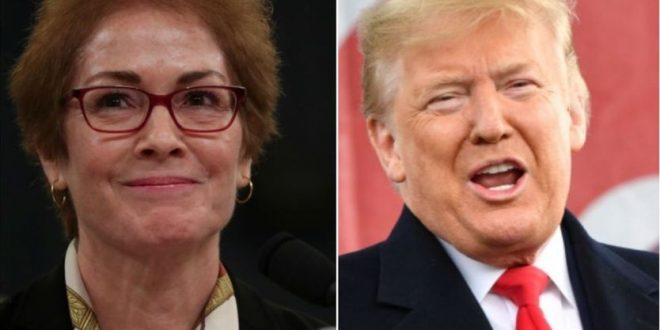 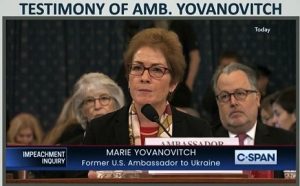 WASHINGTON: President Donald Trump in 2018 ordered the removal of the US ambassador to Ukraine, Marie Yovanovitch, according to a video made public on Saturday.

In the tape, Trump can be heard saying “Get rid of her!” at a dinner with a group of donors in Washington.

Ms Yovanovitch, who was recalled from her post in May 2019, has testified in Trump’s impeachment inquiry.

The footage from April 2018 was provided by an attorney of Lev Parnas, a US businessman who was at the dinner.

Trump has maintained that he does not know Parnas, who worked for the president’s personal lawyer Rudolph Giuliani. 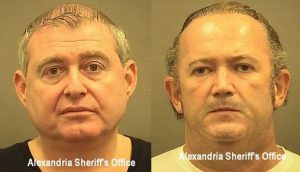 The businessman, who is a Republican Party donor, says he went to Ukraine to pressure officials on behalf of the president and Giuliani.

President Trump has so far made no public comment on the emergence of the video recording.

On Saturday, his lawyers began defending him at his impeachment trial in the Senate, accusing Democrats of seeking to overturn the result of the 2016 election.

The Republican president faces two charges: abuse of power and obstruction of Congress.

Trump is alleged to have withheld military aid to pressure Ukrainian President Volodymyr Zelensky into starting a corruption investigation into Trump’s political rival, Democrat Joe Biden, and his son Hunter. 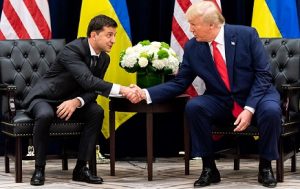 The recording was made during a dinner at the Trump International Hotel in Washington on 30 April 2018.

It was shot on the mobile phone of Igor Fruman, a US businessman and former Giuliani associate.

Both Fruman and Parnas were last year charged with violations of campaign finance laws.

On the tape, Parnas at one point is heard describing the US ambassador in Ukraine as “the biggest problem there”. 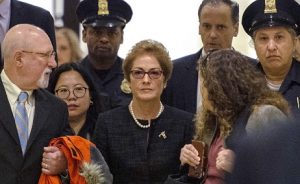 The president appeared not to have known the ambassador personally at the time, as he asked for the envoy’s name.

The 33-year veteran of the Foreign Service was recalled as the American ambassador to Kyiv in May 2019 for reasons that remain murky.

She testified that her anti-corruption efforts had incurred the ire of influential Ukrainians who sought to remove her.

Yovanovitch said she was shocked that her enemies appeared to find allies in the Trump administration, including the president’s personal lawyer, Rudy Giuliani. 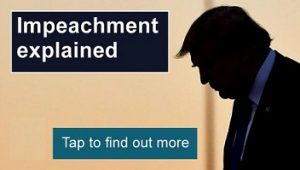 The former envoy’s supporters say she was also smeared by US conservative media voices.

In her testimony to the impeachment inquiry, Yovanovitch said the allegation she was disloyal to Trump was false.

President Trump has said that the diplomat “didn’t want to hang my picture in the embassy” in Kyiv.

“She said bad things about me, she wouldn’t defend me, and I have the right to change the ambassador,” Trump told Fox News. (Int’l News Desk)