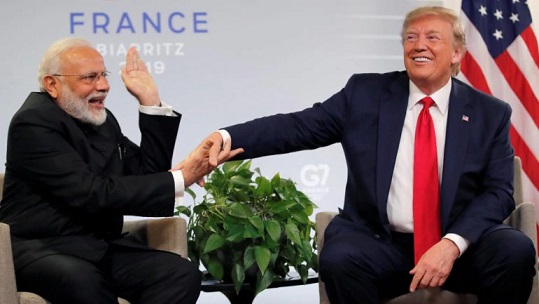 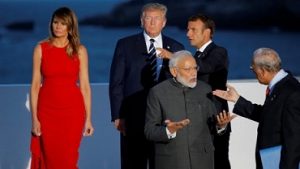 PARIS: US President Donald Trump on Monday met with Indian Prime Minister Narendra Modi at the G7 Summit in France and discussed the situation in occupied Kashmir.

Trump has offered the mediate between Indian and Pakistan on the issue of Kashmir, however, his offer has been rejected by New Delhi.

On the sidelines of the G7 summit, Trump raised the issue of occupied Kashmir with Modi expressing hope that something positive would come out of talks between Pakistan and India.

“We spoke last night on Kashmir, the prime minister [Modi] feels like he has it under control. They speak with Pakistan and I am sure that they will be able to do something that will be very good,” Trump told reporters. 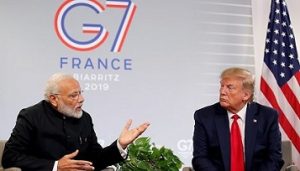 Indian Prime Minister Modi said issues between New Delhi and Islamabad were bilateral. “All issues between India and Pakistan are bilateral, which is why we don’t bother any other country regarding them… I am confident that we can discuss our problems and solve them together.”

According to Reuters, US President Trump said Pakistan and India could handle their dispute over Kashmir on their own, but he was there should they need him.

On August 5, Modi’s Hindu-nationalist government revoked the autonomy of the Muslim-majority territory where tens of thousands of people have been martyred in an uprising against Indian occupation since 1989. (Int’l Monitoring Desk)