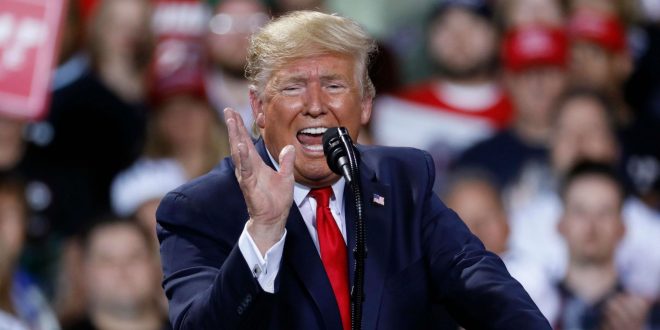 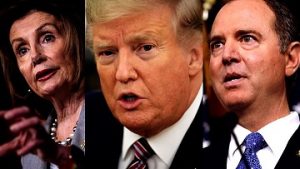 WASHINGTON: Donald Trump has become the third US president in history to be impeached by the House of Representatives, setting up a trial in the Senate that will decide whether he remains in office.

The House voted on two charges – which the president abused his power and that he had obstructed Congress.

Both votes fell along party lines with nearly all Democrats voting for the charges and all Republicans against.

He told a cheering crowd in Battle Creek, Michigan: “While we’re creating jobs and fighting for Michigan, the radical left in Congress is consumed with envy and hatred and rage, you see what’s going on.”

The White House released a statement saying that the president was 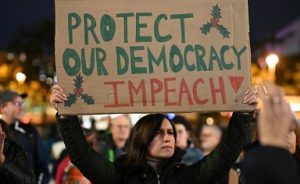 “confident that he will be fully exonerated” in a Senate trial.

The proceedings on Wednesday began with members of Trump’s Republican Party calling for votes on procedural issues in an effort to frustrate the process.

That was followed by a vote on the rules to be set out for the impeachment, which kicked off 10 hours of partisan debate on the merits of the two impeachment charges against President Trump.

At about 20:30 local time (01:30 GMT), the House called for votes on the two charges: first, abuse of power, stemming from Trump’s alleged attempt to pressure Ukraine to announce investigations into his Democratic political rival, Joe Biden; and second, obstruction of Congress, because the president allegedly refused to co-operate with the impeachment inquiry, withholding documentary evidence and 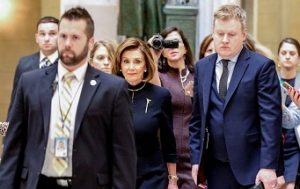 The vote for the first article of impeachment, abuse of power, was passed 230-197 and the second, for obstruction of Congress, 229-198.

Being impeached places Donald Trump alongside only two other presidents in the nation’s history – Andrew Johnson and Bill Clinton – and sets up a trial in the Senate for his presidency. (Int’l News Desk)