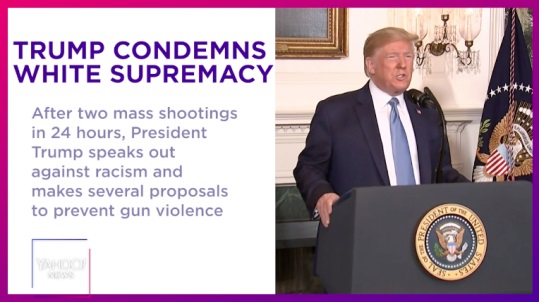 WASHINGTON/ MELBOURNE: After introduction a new term “White Terrorists and White Terrorism” (terrorists those are non-Muslims and non-whitish and the killings of non-Jewish or non-Christians by the white terrorists all over the world especially in Iraq, Syria, Bahrain, Yemen,

Pakistan and Afghanistan such/ like as in the name or in shape of Daesh/ ISIL, ISIS, al-Qaeda, TTP, JeI, Boko Haram, LeJ etc. under the direct supervision of supervision of Israeli, Saudi and American rulers along with their all companions/ allied forces) since a long and in continuation of scenario, only a Pakistani English daily namely Messenger had wrote first time in the history of the world, that all the injustice and unrest of the world caused because of “White Terrorists White Terrorism” and despite severe criticism and beside harsh threads globally, not only the Messenger kept continue to write these terms but

PMI and National have also adopted it and at last, the US President would have to accept these terms and used the word “white supremacy” and in current journalism the terms introduced by the Messenger (through this correspondent) are being used as routine and normally while the other news and stories which have been published during the last 30 years and are being published currently have not only been acknowledged, recognized, verified, and documented by the UNO, EU, USA, UK,

Amnesty International and dozens of global organizations but also quoted proudly and become the parts of their news, views and record, sources confirmed and challenged the entire world that if anyone has any claim in this record may be contacted to ‘this correspondent’ or his media outlets within 72 hours from the publishing of this news according to the journalistic ethics. 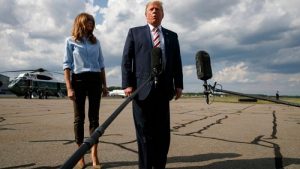 According to the world media the US president pledges to provide resources to law enforcement agencies to ‘disrupt hate crimes and domestic terrorism’.

President Donald Trump says the United States must condemn “racism, bigotry and white supremacy” after a mass shooting in the state of Texas that authorities said appeared to be a racially motivated hate crime.

A gunman on Saturday killed 20 people, including six Mexican citizens, at a Walmart store in El Paso, close to the border with Mexico. Just a few hours later, another gunman in Dayton, Ohio, killed nine people. Dozens of others were wounded in the attacks.

Investigators believe the shooter in El Paso uploaded a rambling screed online shortly before targeting a busy shopping area, railing against a perceived “invasion” of Hispanics coming into the US. 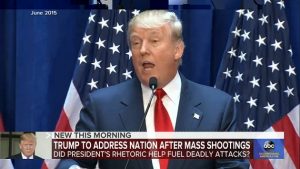 “The shooter in El Paso posted a manifesto online, consumed by racist hate,” Trump said on Monday in a televised address to the nation from the White House.

“In one voice, our nation must condemn racism, bigotry and white supremacy,” he added. “These sinister ideologies must be defeated. Hate has no place in America.”

The Republican president did not address accusations from critics that his anti-immigrant and racially charged comments have contributed to a rise in hate crimes. Democrats hit hard at Trump on Sunday, with several of the party’s presidential candidates accusing him of white nationalism, “stoking fears and hatred and bigotry”.

They cited his actions like calling migrants trying to enter the US through the southern border an “invasion” and verbal attacks on four Congresswomen of colour, in which he told them to “go back” to their countries of origin.