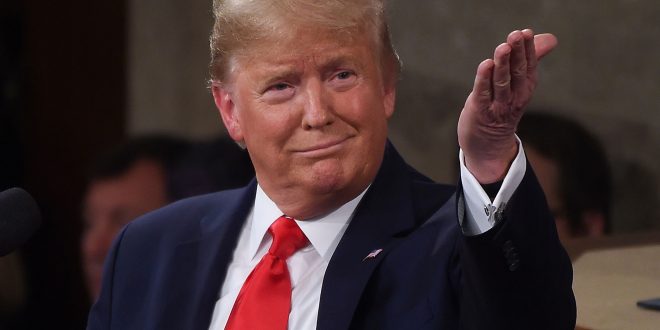 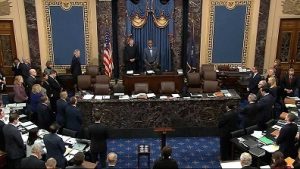 WASHINGTON: President Donald Trump has been cleared in his impeachment trial, ending a congressional bid to oust him from office that bitterly divided the US.

The Senate, run by the president’s fellow Republicans, voted to acquit him 52-48 on charges of abuse of power and 53-47 on obstruction of Congress.

In November, Trump will be the first impeached president to go for election.

In its historic vote on Wednesday, the Senate decided not to remove America’s 45th president from office on charges arising from his dealings with Ukraine. 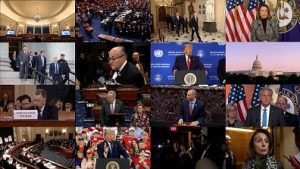 If convicted on either charge, Trump would have had to turn over his office to Vice-President Mike Pence.

The Democratic-led House of Representatives approved the articles of impeachment on 18 December.

Trump, who is seeking a second four-year term in the 3 November election, always denied wrongdoing.

His re-election campaign said in a statement: “President Trump has been totally vindicated and it’s now time to get back to the business of the American people.

“The do-nothing Democrats know they can’t beat him, so they had to impeach him.” It said “this terrible ordeal” and “nonsense” was merely a Democratic campaign tactic. 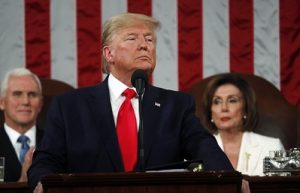 The statement added: “This impeachment hoax will go down as the worst miscalculation in American political history.”

Trump – whose personal approval rating with American voters hit a personal best of 49% this week, according to Gallup – tweeted that he would speak on Thursday about the case.

Mitt Romney of Utah was the only Republican senator to cross the aisle and convict Trump, on the first charge of abuse of power.

Despite Democratic hopes, two other moderate Republicans, Susan Collins of Maine and Lisa Murkowski of Alaska, did not join Romney in voting to convict the president. 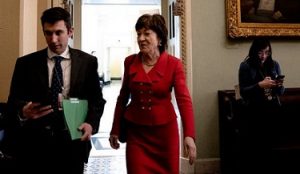 Some Republican senators criticized Trump’s behavior in recent days, but said it did not rise to the level of impeachment.

Three centrist Democratic senators who Republicans had hoped would side with them instead voted to convict Trump.

They were Kyrsten Sinema of Arizona, Joe Manchin of West Virginia and Doug Jones of Alabama.

A two-thirds majority vote was needed to remove Trump, which was always going to be a long shot in a 100-seat chamber controlled by his party.

The impeachment charges focused on Trump’s request that Kyiv announce a corruption investigation into Joe Biden, a Democratic White House candidate, and his son Hunter Biden. 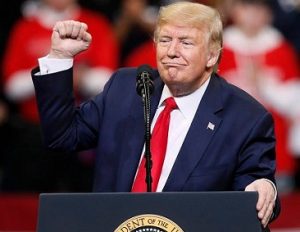 with a Ukrainian natural gas firm while his father was US vice-president and in charge of American-Ukrainian relations.

Democrats accused Trump of abusing his power by withholding $391m (£300m) in security aid to prod Ukraine’s president into digging up dirt on the Bidens.

They also charged Trump with obstruction of Congress after the White House blocked testimony and documents sought by the House impeachment investigators.

The impeachment inquiry stemmed from Trump’s phone call on 25 July this year in which he asked Ukraine’s President Volodymyr Zelensky to “do us a favor”. 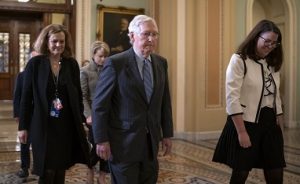 Following a complaint from an anonymous government whistleblower, Democrats launched their investigation in September, compiling a 28,000-page report.

Trump is the third US president to have been impeached.

The two others, Bill Clinton in 1999 and Andrew Johnson in 1868, were left in power by the Senate and did not seek re-election.

President Richard Nixon resigned before he could be impeached.

Democrats expressed concern that acquittal would further embolden a president whom they depict as a demagogue. 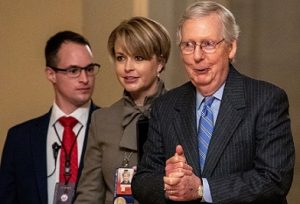 “No doubt, the president will boast he received total exoneration,” said the New York senator. “But we know better.”

Romney, the 2012 Republican presidential nominee, choked up on the Senate floor as he explained his decision to convict the president 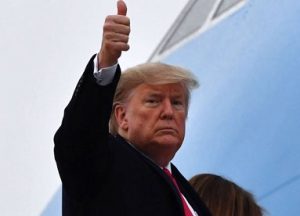 He said Trump had been “guilty of an appalling abuse of public trust” and “a flagrant assault on our electoral rights, our national security and our fundamental values”.

Trump has probably not heard the last of the Ukraine investigation.