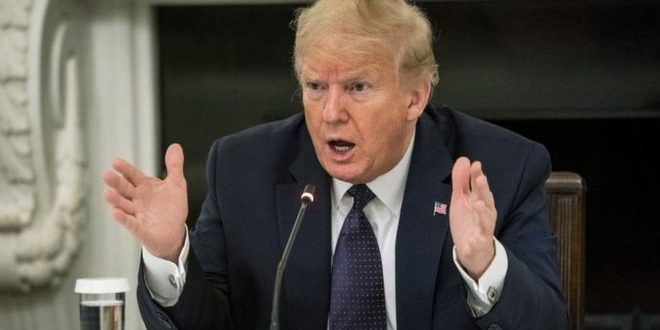 Trump accuses WHO of being a ‘puppet of China’

WASHINGTON/ BEIJING: President Donald Trump has lashed out again at the UN’s health body by labelling it a “puppet of China”.

The comment came hours after the US said the World Health Organization (WHO) had let Covid-19 spin “out of control” at the cost of “many lives”.

“There was a failure by this organization to obtain the information that the world needed,” US Health Secretary Alex Azar said on Monday.

Azar made the comments in an address to the UN’s World Health Assembly.

WHO Chief Tedros Adhanom Ghebreyesus earlier agreed to a review over the agency’s handling of the pandemic.

Dr Tedros said an independent evaluation, which would look at what lessons could be learned and put forward any recommendations, would take place “at the earliest opportunity”.

The two-day assembly – an annual meeting involving 194 member states of the WHO that reviews the work of the UN’s health agency – comes amid recriminations between the US and China over the virus. 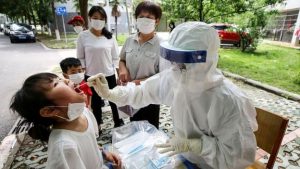 US President Donald Trump, who faces re-election this year and has been criticized for his handling of the pandemic, has blamed China for trying to cover up the outbreak and has accused the WHO of failing to hold Beijing to account.

“I chose not to make a statement today,” Trump said on Monday about the event, while describing the body as “China-centric” and “a puppet of China”.

He said the WHO had “gave us a lot of very bad advice, terrible advice” and were “wrong so much and always on the side of China”.

Chinese President Xi Jinping, who has defended China’s actions during the outbreak, said at Monday’s virtual meeting that his country had acted “with openness and transparency” and insisted that any investigation should happen after the pandemic was brought under control.

He added that China would provide $2bn (£1.6bn; €1.8bn) over two years in aid to nations around the world in the wake of the pandemic and offered to share any vaccine as soon as one became available.

White House National Security Council spokesman John Ullyot described the move as “a token to distract from calls… demanding accountability for the Chinese government’s failure to meet its obligations”.

Meanwhile, South Korean President Moon Jae-in said the WHO must be given more legal powers to ensure that countries report outbreaks and share data.

“A novel infectious disease could emerge at any time and we must be able to respond more quickly and effectively,” he said.

More than 4.5 million people have been infected and more than 300,000 have died since the virus emerged in China in December. (Int’l News Desk)