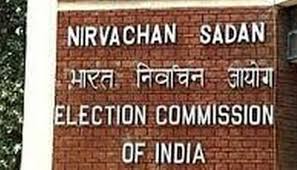 Hyderabad,  Noted astrologer-cum-palmist Mohd. Raheemullah Khan Niyazi today predicted that the ruling TRS will have a cake-walk in the ensuing 2019 general elections by bagging 90 to 95 out of 119 Assembly seats and 15 to 16 Lok Sabha seats by bigger majority. He also predicted that K Chandrashekhar Rao will be unanimously elected as chief minister.

At the national level, Niyazi forecast that the BJP would retain power with the support of its electoral allies and

Narendra Modi would remain as Prime Minister. However, the TDP would lose in both the Telugu States.

Speaking to mediapersons here on Monday, Niyazi said the Congress party would manage to get 10 to 12 Assembly seats, BJP two to three seats, AIMIM seven to eight, the CPI, CPI-M and other parties one seat each. But the TDP in Telangana will get no seat and lose its identity.

In Andhra Pradesh State, Niyazi said, the main Opposition YSR Congress Party will sweep the polls by getting 102 to 105 out of 175 Assembly seats while the ruling party will get 55 to 60 seats, BJP three to four, Congress two or three, MIM two or three. He made it clear that YS Jaganmohan Reddy will be chief minister for the first time. Similarly, out of 25 Lok Sabha seats, the YSRCP will win 13 or 14 seats, TDP eight or nine, national parties BJP and Congress will get one seat each.

In the neighboring Karnataka State, the BJP, in a neck-and-neck race, would wrest power defeating the Congress. He predicted that out of 224 Assembly seats, the BJP would get 100 to 105 seats, Congress 90 to 95, MIM

three or four seats and other parties would win in 20 seats. In the parliamentary poll, the BJP would bag 16 to 18 Lok Sabha seats, Congress would have nine to ten seats.

At the national level, Niyazi predicted that the BJP would get 250 to 260 Lok Sabha seats out of 542 and retain power and Narendra Modi would get re-elected as Prime Minister. He said the Congress would bag 200 to 210 and other parties would win in 70 to 72 parliamentary seats. He also  prophesied that MPs of other regional parties would play a  pivotal role in the Union government. 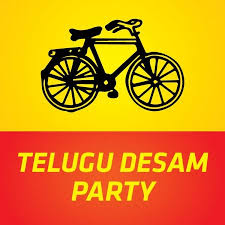 Chandrababu Naidu, Niyazi asserted his election forecast on Telangana, Andhra Pradesh and Karnataka would prove correct. Otherwise, he would quit his foretelling job, he said.