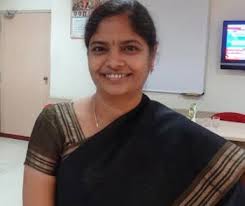 Hyderabad,  TPCC Women Wing chief Nerella Sharada has alleged that there was no security to women in the state and there was a need to TRS government to concentrate on women security.

Speaking to the media here on Monday, Sharada said that she completed appointment of committees to all districts. The appointment of mandal committees were also been completed, she informed. She thanked TPCC Chief N Uttam Kumar Reddy and DCC presidents on the occasion for extending their cooperation in appointing committees. She said that there was an executive committee meeting on January 8. AICC state in-charge RC Kuntia and other leaders would attend the meeting.

On the occasion, she extended new-year greeting to the people while cutting the cake.

2018-01-01
admin
Previous Cong. is not against 24-hour power supply but against huge publicity: Kodanda
Next KCR’s claims on power supply are ridiculous: Uttam