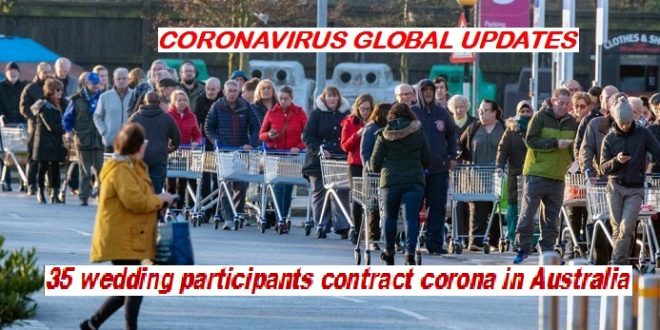 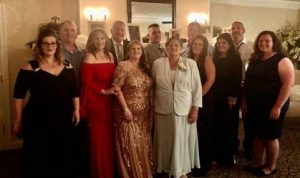 Argentina imposes a nationwide lockdown, the latest Latin American country to do so

What’s the latest in Asia?

Countries around Asia are stepping up measures to try to stem the spread of the coronavirus: 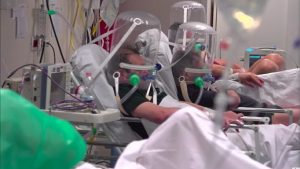 Pakistan‘s largest city Karachi has recorded its first Covid-19 death, bringing the country’s total deaths to three. The man was 77, and a cancer survivor. Meanwhile, the army has set up a field hospital in Karachi’s Expo Center, and the governor of Sindh province has hinted that a three-day lockdown may be brought in to combat the spread.

Sri Lanka has now introduced a nationwide curfew which will last from Friday evening until Monday morning. Mosques have also been ordered to shut indefinitely. So far, 65 people have tested positive for the virus in the island nation

A state of emergency has been declared in Indonesia’s capital Jakarta. Entertainment venues – like spas, cinemas and bars – will be closed, according to Reuters News Agency. The city of 10 million people has recorded 215 cases so far, with 18 deaths

Meanwhile, Singapore has launched an app to help trace people who have passed within two metres of someone who pick up the infection. It’s not compulsory, but the government is encouraging as many people as possible to download it 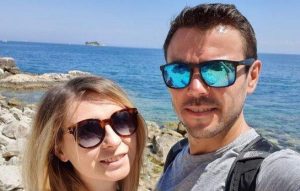 At least 35 people who attended a wedding in Australia have contracted coronavirus.

The wedding took place at Tumbling Waters Retreat in New South Wales (NSW) on 6 March, according to ABC News.

A similar incident happened in Uruguay, with 44 guests contracting the virus from a guest who had been in Europe.

In the UK, couples who do not postpone their church wedding because of the coronavirus outbreak should only have two guests the Church of England has said.

The Church has recommended the numbers attending ceremonies should be limited to the legal minimum of five people: the priest, the bride and groom, and two witnesses.

Many couples will forthcoming weddings are, however, opting to cancel. 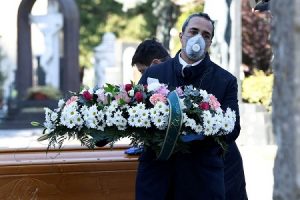 “Three weeks ago we were worried about whether it would rain on our wedding day and then it turned to whether we would have a virus at our wedding that would potentially harm a lot of people,” Ms Crane told Radio 1’s Newsbeat.

The Liverpool football anthem “You’ll Never Walk Alone” was broadcast by 180 radio stations across Europe this morning, including Slovenia’s Val 202.

It’s a defiant message of solidarity, as millions are cooped up at home in the coronavirus crisis but the BBC’s Balkans correspondent ,Guy De Launey, says Slovenia has just told people officially that they should walk alone if they go outside, to avoid spreading the virus.

More on the advice being given by the Scientific Advisory Group for Emergencies (Sage) group to the UK government (see our 12:56 entry). 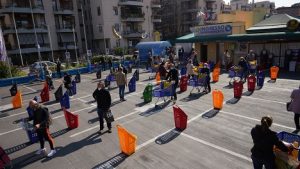 It says that “at least half of the year” would need to be spent using strict measures which include school closures and encouraging social distancing for everyone in society.

There would be a two-three week delay between measures being put into place and their impact being felt in intensive care.

The report also said it was “currently unclear” whether warmer weather would affect the spread of the virus.

And that the best estimate of the “infection fatality rate” (the proportion of people who die after being infected) is in the range of 0.5% to 1%.

Four members of the same family die in the US 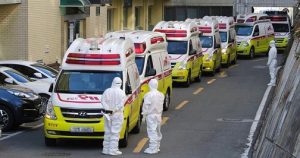 A New Jersey mother and her three adult children have died from coronavirus, and three more relatives are in hospital, after they had a family dinner together, according to US media.

Nineteen family members are now self-isolating, according to family representative Paradiso Fodera, and have waited nearly a week to learn the results of their virus tests.

“Why don’t the family members who are not hospitalised have the test results? This is a public health crisis, “Ms Fodera told CNN. “Why should athletes and celebrities without symptoms be given priority over a family that has been decimated by this virus?”

How close are we to getting a vaccine?

Research is happening at breakneck speed.

There are more than 20 vaccines in development. 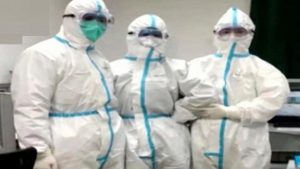 One has begun human trials after unusually skipping any animal research to test either the safety or the effectiveness of the vaccine.

Other scientists are at the animal research stage and hope to get the results of human trials later in the year but even if scientists can celebrate having developed a vaccine this year, there is still the massive job of being able to mass-produce it.

It means, realistically, one would not be ready until at least the middle of next year.

All of this is happening on an unprecedented timescale and using new approaches to vaccines, so there are no guarantees everything will go smoothly.

Remember there are four coronaviruses that already circulate in human beings. They cause the common cold, and we don’t have vaccines for any of them. 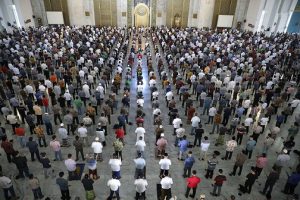 In China, where the coronavirus first appeared, industrial production, sales and investment all fell in the first two months of the year, compared with the same period in 2019.

And the country’s industrial slowdown has been visible from space. Nasa said pollution-monitoring satellites had detected a significant drop in nitrogen dioxide over China, as the image below shows.

Evidence suggests that’s “at least partly” due to the economic slowdown caused by the outbreak.

China makes up a third of manufacturing globally, and is the world’s largest exporter of goods. The restrictions imposed there have affected the supply chains of big companies all around the world.

Ways to stay social while in self-isolation

People in the UK – and many other parts of the world – have been told to avoid non-essential contact with others to prevent the spread of the coronavirus. 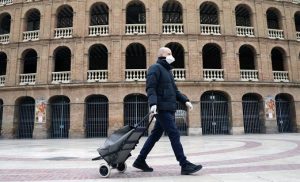 With schools shutting and more people now working from home, many are feeling cut off from their everyday hobbies and social lives.

But the internet offers a means to stay connected and to keep us all entertained and educated through the days of isolation.

From workouts, cooking lessons and pub quizzes – here are just some of the ways people are using technology to lift their spirits.

What’s the latest in Africa?

Just 20 deaths and 600 cases have been confirmed across a continent of 1.2 billion people but the virus is still spreading:

Tunisia confirmed its first death – a 72-year-old woman who died on Thursday night in hospital after being transferred from her home in the eastern resort city of Sousse. The country now has 39 confirmed cases. Seven people have died in Egypt, nine in Algeria, two in Morocco, one in Sudan and one in Burkina Faso

In Kenya, a pastor was suspended from his church after saying coronavirus was a hoax 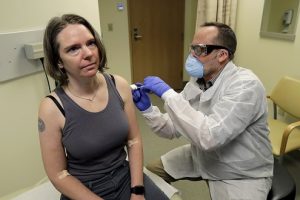 In South Africa, Health Minister Zweli Mkhize projected that “South Africans could expect at least 60% of the population to be infected overall”. He added that 24% of infections could be severe; the Committee to Protect Journalists expressed concern over newly passed regulations that criminalise disinformation about the pandemic and could potentially prompt other countries to adopt more repressive rules and censorship

In Zimbabwe, President Emmerson Mnangagwa ordered the closure of all schools, colleges and universities by 24 March in a bid to control and minimise the outbreak. So far, no Covid-19 case has been confirmed

In Ghana, the professional body of pharmacists warned against the use of alcoholic beverages as sanitisers. Many people have turned to the use of locally manufactured gin (akpeteshie) – which is said to contain 100% alcohol – to make up for the scarcity of sanitisers. (Bureau Reports + Int’l Monitoring Desk)