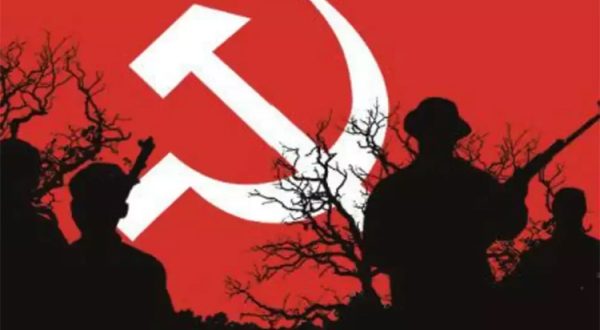 Hyderabad: A top Maoist leader is reported to have surrendered before the Telangana police on Monday.

The Maoist leader, B Sudhakar alias Sudhakaran alias Kiran had been carrying a reward of Rs One crore on his head. His wife Madhavi alias Neelima, a top-ranking Maoist leader as well, holds a cash reward of Rs 10 lakh on her head and is also learned to have surrendered along with him.

Sudhakar, one of the central committee and politburo members of the CPI (Maoist) hails from Sarangapur village of Nirmal district. He currently holds charge of several districts of Chattisgarh and Jharkhand, including Palamu, Garhwa, Latehar, Lohardaga, Gumla and Simdega, altogether known as Koyal Sankh Zone.

Meanwhile, Madhavi looked into the computer operations and party accounts. According to the reports, the couple had allegedly transferred huge amounts of money collected by the Maoist party into real estate business in Andhra and Telangana. It is also being said that they had been negotiating with the Telangana police for safe surrender.

However, so far, the Telangana police have not yet confirmed the surrender.