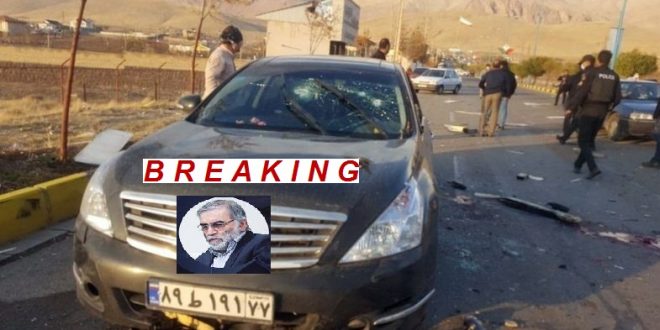 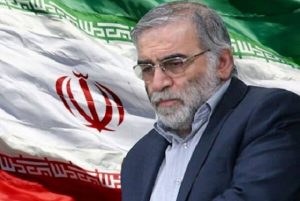 TEHRAN: Iran’s most senior nuclear scientist Mohsen Fakhrizadeh has been assassinated near the capital Tehran, the country’s defence ministry has confirmed.

Fakhrizadeh died in hospital after an attack in Absard, in Damavand County.

Iran’s Foreign Minister Mohammad Javad Zarif, has condemned the killing “as an act of state terror”.

He was reportedly described as the “father of the Iranian bomb” by diplomats. 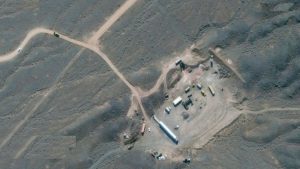 News of the killing comes amid fresh concern about the increased amount of enriched uranium that Iran is producing. Enriched uranium is a vital component for both civil nuclear power generation and military nuclear weapons.

Iran insists its nuclear program is exclusively for peaceful purposes.

Between 2010 and 2012, four Iranian nuclear scientists were assassinated and Iran has accused Israel of complicity in the killings. 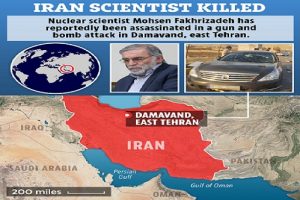 “After a clash between the terrorists and his bodyguards, Fakhrizadeh was severely injured and rushed to hospital.

“Unfortunately, the medical team’s efforts to save him were unsuccessful and minutes ago he passed away.”

Iranian media reports said the attackers opened fire on the scientist in his car. 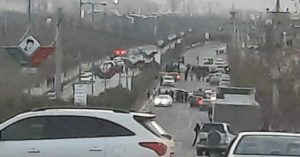 Fars news agency earlier reported there was a car explosion in Absard town, with witnesses reporting that “three to four individuals, who are said to have been terrorists, were killed”.

What has the reaction been?

“This cowardice – with serious indications of Israeli role – shows desperate warmongering of perpetrators.” 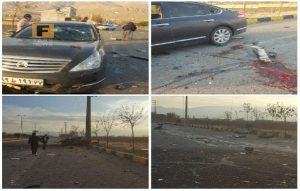 Zarif called on the international community to “condemn this act of state terror”.

The commander of the Islamic Revolutionary Guard Corps (IRGC) has said that Iran will revenge the killing of the scientist.

Who was Mohsen Fakhrizadeh?

Fakhrizadeh is the most renowned Iranian nuclear scientist and a senior officer of the elite Islamic Revolutionary Guard Corps.

He has long been spoken about by Western security sources as extremely powerful and instrumental in Iran’s weapons program. 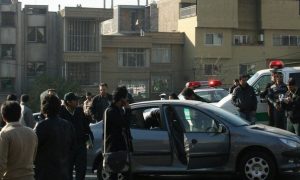 According to secret documents obtained by Israel in 2018, he led the program that created Iran’s nuclear weapons.

“Remember that name,” Israeli Prime Minister Benjamin Netanyahu said as he identified Fakhrizedeh as the head scientist in the program.

In 2015, the New York Times compared him to J. Robert Oppenheimer, the physicist who directed the Manhattan Project that during World War Two produced the first atomic weapons.

There has been no comment from Israel on the news of the assassination.