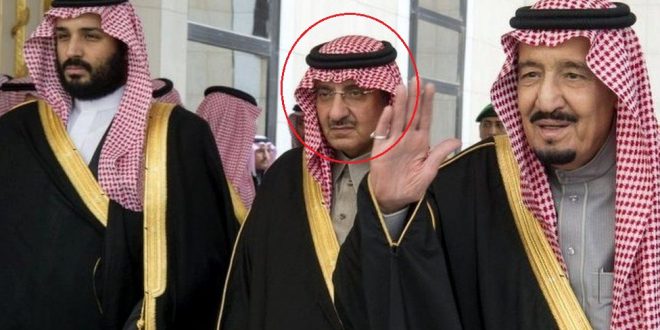 RIYADH/ OTTAWA: A senior Saudi security official who for years was the key go-between for Britain’s MI6 and other Western spy agencies in Saudi Arabia is now being persecuted along with his family, according to former Western intelligence officials.

Dr Saad al-Jabri, who helped foil an al-Qaeda bomb plot against the West, fled into exile three years ago, ahead of a purge by all-powerful Crown Prince Mohammed Bin Salman (MBS), now his children have been seized as “hostages”, according to his eldest son, Khalid.

“Omar and Sarah were kidnapped at dawn on 16 March and taken out of their beds by about 50 state security officers who arrived in 20 cars,” says their brother, Khalid al-Jabri. 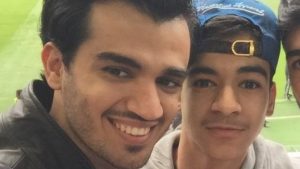 The family house in Riyadh was then searched, the CCTV memory cards removed and the pair, aged 21 and 20 respectively, held incommunicado at a detention centre.

There have been no charges given and no reason offered to the family for their arrest, Khalid tells me on a phone call from Canada where he and his father live in self-imposed exile. “We don’t even know if they are alive or dead.”

He believes they are being held as bargaining chips in an attempt to force his father to return to Saudi Arabia where he fears he will face immediate arrest and imprisonment.

“They can make up any lies they want about him but he is innocent.”

The Saudi authorities have not responded to media requests for comment on the allegations made by the family of Dr Saad al-Jabri and those who worked with him.

Who is Saad al-Jabri?

For years he was the right-hand man, the gatekeeper, to Prince Mohammed bin Nayef, who was widely credited with defeating the al-Qaeda insurgency in the 2000s. He was also the linchpin in all Saudi Arabia’s relations with the “Five Eyes” (US, UK, Canada, Australia, and New Zealand) intelligence agencies.

In 2010 this crucial link “helped and saved hundreds of lives”, according to a former Western intelligence officer who worked with him.

Al-Qaeda in Yemen had smuggled a powerful bomb on-board a cargo plane bound for Chicago, hidden inside a printer ink toner cartridge. But Saudi intelligence had a human informant inside al-Qaida who provided the tip-off to MI6; even relaying the serial number of the device it was hidden in.

British counter-terrorism police then located and defused the bomb inside the plane at East Midlands Airport. “If that had gone off as planned over Chicago hundreds would have been killed,” said the former intelligence officer.

“He changed it from being a crude, violent, confession-based system into one that used modern forensics and computer-based data mining.

“He was the smartest guy we dealt with amongst so many others who were dysfunctional,” he says. 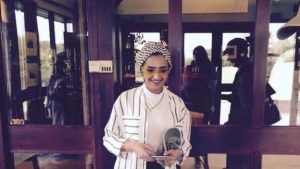 A quiet-spoken man with a doctorate in artificial intelligence from Edinburgh University, Dr al-Jabri rose to the rank of cabinet minister and held a major-general’s rank in the interior ministry but in 2015 everything changed. King Abdullah died and his half-brother Salman ascended to the throne, appointing his young and untested son Mohammed Bin Salman (known as MBS) as Defence Minister.

MBS then ordered his country’s forces to intervene in Yemen’s civil war, a move opposed by Dr al-Jabri who pointed out that there was no exit strategy. More than five years later Saudi Arabia is still looking for a way out of the costly stalemate in Yemen.

In 2017 MBS carried out a bloodless palace coup with his father’s blessing. He effectively usurped the next in line to the throne, Prince Mohammed bin Nayef, becoming crown prince himself.

Today that deposed prince is under arrest, his assets seized and those who worked for him have been removed from their posts. Dr al-Jabri fled into exile in Canada. But former Western intelligence officials believe MBS still sees him as a threat to his legitimacy.

“He can’t afford to have that guy as a free radical and a galvanizing force against him,” says one of them.

His family says they have tried in vain to meet the Saudi authorities “on neutral ground” and have now decided to go public.

“There are signs that Dr Saad is being targeted with a wide range of threats and the (Canadian) authorities are taking it seriously,” says his son Khalid.

“We were pushed into this,” he adds. “We are patriots, we love our country, we don’t want to embarrass Saudi Arabia but kidnapping Omar and Sarah like this, its daylight thuggery by a state.”