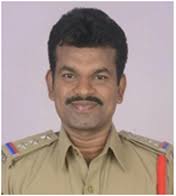 Three Youngsters Killed, One Injured in a Car Accident

Rangareddy (Chevella),   Three youngsters were killed on the spot and one person received severe injuries in an accident that took place at Meerzaguda Gate in Chevella mandal of Rangareddy District, on Hyderabad-Bijapur highway Sunday morning. According to police, the Alto car in which they were traveling, hit a banyan tree.
The police identified the deceased as Pravin (24) of Kachiguda, David (25) of Mahabubnagar. The police said another deceased Arjun’s native place is yet to be known. It is learnt that these four persons were working in the Facebook firm. The police shifted Sravan, who received serious injuries, to Osmania Hospital.
The accident took place when they were travelling in a car from Hyderabad to Vikarabad. The police shifted the bodies to Chevella government hospital for post-mortem and informed their families. Chevella CI Guruvaiah, SI Sridhar Reddy reached the spot and started investigation.