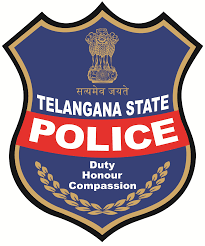 Hyderabad, Dec.25 (PMI): The State capital was rattled by the arrest of three woman Maoists on Tuesday. The Visakhapatnam police have announced that they nabbed three Maoists belong to one family — Anusha, Annapoorna and Bhavani — in Moula Ali area under Rachakonda Police Commissionerate limits.

Disclosing that they have arrested the trio on Saturday, the police have said several cases were pending against them at Paderu police station. They also revealed that they also arrested one Kameswara Rao along with the Maoists. The police believe the arrested Maoists were behind the sensational murder of TDP MLA from Araku Kidari Sarveswara Rao.
The Maoist trio was being questioned on the murder of the MLA. The police are suspect that the trio might have taken part in different encounters along with the Maoist leader RK alias Ramakrishna. Of the three arrested Maoists, Anusha reportedly worked as the Commander of the Maoists team and led her team in various encounters.

Hailing from Timmaiahpallem village of Marripadu mandal in Nellore district, the three siblings were staying at Venkateswara Colony in Moula Ali Housing Board Colony. Anusha with the help of her sister Annapurna met Maoist leader Akkiraju Haragopal alias RK in Visakhapatnam agency area. Both Annapurna and Bhavani encouraged Anusha to join the Maoist outfit and fight against the government, the police said.(PMI)