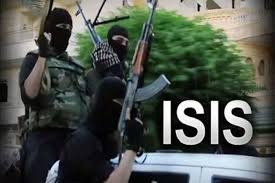 Hyderabad : In a pre-dawn swoop, the National Investigation Agency sleuths nabbed three ISIS terrorists in Bandlaguda of Old city. The trio was identified as Abdul Malik and his sons Fazlullah and Khayyum.

As many as 300 police personnel from Andhra Pradesh and Uttar Pradesh cordoned off the area and took the trio into custody from Sun City, where they were living in a rented house. They were shifted toLucknow in UP for questioning. The NIA suspects that the house was being used to shelter ultras. The police also seized proscribed literature from the trio. The NIA also concluded that the ISIS ultras were in contact with terrorists abroad through Internet. The nabbed ISIS ultras were handed over to the UP police,

Sources also said there were cases against the three in various parts of Uttar Pradesh. This is the second instance of people with ISIS links getting arrested in Hyderabad. Earlier, a woman and a few other recruiters were arrested. Eight youth, who were planning to go to Syria and Iraq to join the ISIS were arrested and counselled.