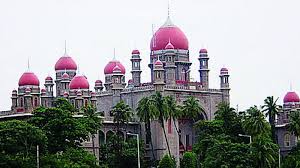 Hyderabad, Jan. 30 (PMI): The Hyderabad High Court today heard the petition filed by BSP candidate from Ibrahimpatnam Assembly constituency Malreddy Ranga Reddy alleging widespread irregularities in the recent Assembly elections. The court issued notice to the Election Commission and asked it to file its counter before February 7 with complete information on the issue.

The counsel of the Election Commission informed the High Court that the counting of VVPATs would be done within five years from the date of the elections. Following this, the court adjourned the matter to February 14, 2019.

The discrepancy between EVMs and VVPATs was raised by Rakesh Munjal, Supreme Court Advocate, and Dr Om Prakash Yadav, representing Malreddy Ranga Reddy, who lost election by 376 votes. Munjal also raised an issue regarding the automatic wiping out/diminishing of ink on the VVPAT slips which are printed on the thermal paper, which is used in ATMs, Petrol Pump, Fax machines etc. (PMI)