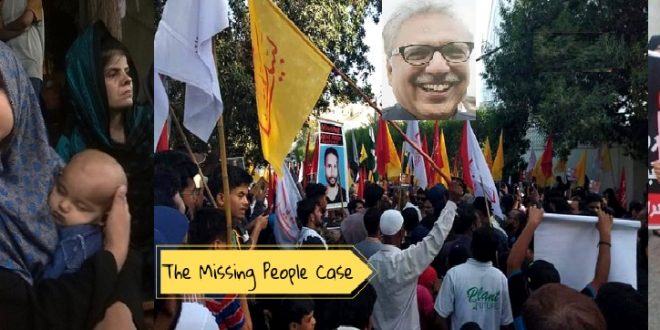 MELBOURNE/KARACHI: Over 700 more Shia Muslims of Karachi have been kidnapped by ‘na-maloom afraad’ (unknown personnel) or so-called officials during current year but neither no one knows about their whereabouts nor none of one state’s authority answers that where they are, who kidnapped them, are they alive or dead, why they were either arrested or forcibly missed  and when they will be released while, neither the country’s media is allowed to flash this world most sensitive and burning issue even to highlight on social media nor any concerned missionary including President, Prime Minister, Provincial Governors and Chief Ministers’ Houses including the judiciary as well as all Law Enforcing Agencies (LEAs) give any weight  towards this matter and the situation is becoming worst day by day hence, those participated in protests, sit-ins, fill the prison movement or even try to raise voice against this injustice or to use social media to highlight this subject are also missed, kidnapped or arrest in false cases against severe terror charges which has not only become the routine of the state but also turned into a fashion of society and rest of the majority of Pakistan enjoys this exploit against Shia minority and much more than this when ‘someone’ (especially from overseas) claims, “Karachi has become peaceful” or asks “what’s the problem” or LEAs have controlled and maintained the law and order situation of the city then that’s the turning point for aggrieved persons and victims but neither anyone of victim’s family took any revenge with ‘anyone’ yet nor any Shia priest allowed to them to take the law in their own hands, it’s called the world most peaceful, decent and nonviolent community; hidden, unpublished, secret, authentic reports, historical data and contemporary sources claimed.

Since last many years, the Shia minority of Pakistan is on the targets by banned outfits like Taliban, Al-Qaeda, Daesh, Jaish-e-Muhammad, Lashkar-e-Jhangvi or unknown or so-called officials have been targeting Shia people across the country especially Karachi and Quetta but the rationality of such an act has not yet been put forward by any of the government officials.

However, the basic impression one gets is, they are being captured because of the unaccepted beliefs. In the last couples of months, such kidnappings were on their peak and now the Shia Muslims have had enough of it.

Since the last three days, the Shiites of Karachi have gone on a sit-in protest, right in front of the President House in PECHS, Karachi with no information on the whereabouts of their loved ones.