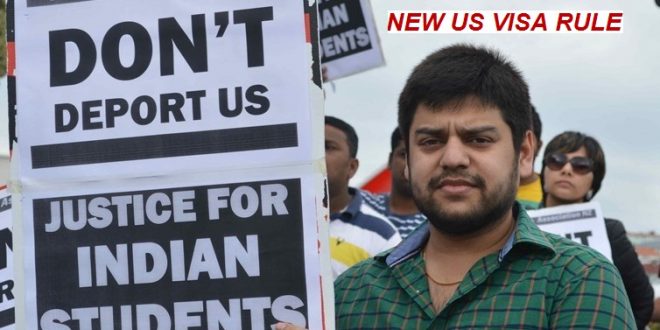 NEW DELHI/ BEIJING/ WASHINGTON: The Trump administration’s abrupt changes to foreign student visa rules have upended the plans of more than a million international students currently enrolled in institutions across the United States, with many fearing for their future. 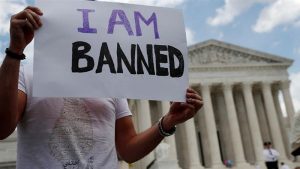 The US Immigration and Customs Enforcement (ICE) on Monday announced that it would strip the visa of foreign students whose entire courses have moved online due to the coronavirus pandemic, with critics calling the move “xenophobic” and part of President Donald Trump’s hard-line immigration policy.
The directive by ICE’s Student and Exchange Visitor Program is likely to hit hundreds of thousands of students, particularly from Asian countries, hard, as they will have to leave the US or face deportation.
Many of them might face the prospect of distance learning from the other side of the world, where time zones, unreliable internet connections, and internet bans would make completing their degree programs difficult – if not impossible.
According to research conducted by ICE, nearly 80 percent of all international students in the US are from Asia, with China and India accounting for nearly half of them.

Students currently enrolled in programs taught entirely online must depart the country or take other measures, such as transferring to a school with in-person instruction to remain in lawful status.

Universities in the US were forced to shift classes online in mid-March in the wake of the coronavirus crisis. The country is the hardest hit by the pandemic with more than three million confirmed cases and 135,000 deaths. 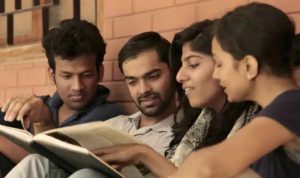 Ifat Gazia, a PhD student from Indian-administered Kashmir, said: “If ICE sends me and other Kashmiri students back, we would be left with no remote learning option. I will have to take a leave from my university and sit back home until this order is revoked.”
India imposed one of the longest internet blockades in Kashmir in August last year when the disputed Muslim-majority regionwas stripped of its special status. The internet blockade was lifted in January this year, but mobile internet, which many people there rely on, has been limited to 2G speeds.

Calling the ICE order “xenophobic” and “anti-immigration”, Gazia said the order will have a detrimental effect on international students in the US. “This order is basically pushing students to choose between disease and deportation,” Gazia, from the University of Massachusetts Amherst, said.

A Chinese student currently studying at the University of California, Los Angeles (UCLA) said attending online classes will be difficult if he goes back to his home country. Many websites, including Google and Facebook, that US universities use to communicate with students, are blocked in China. 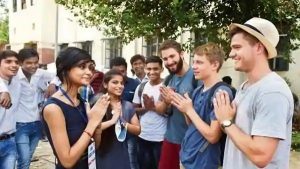 To get around the issue, he will have to use a virtual private network (VPN) to access search engines such as Google and other websites. “Using a VPN slows the internet speed, and sometimes the connection breaks down,” he told media wishing not to be named.
The ICE order has also taken away the flexibility that international students had while navigating academic life amid the pandemic. Veeraj Jindal, a student at Dartmouth College, said, he may have to drop this semester.

“There is so much uncertainty about what to do. Unless commercial flights start from India to US, I may not be able to go back to join college on time,” the 19-year-old said.

Jindal said the policy is forcing him to choose between facing a health risk and losing his visa. “Forcing students to go back on campus will create health implications,” Jindal said over the phone from India’s capital, New Delhi.

Another Indian student pursuing a law degree at a university in New York, who also did not wish to be named, said the order has upended his career plans, and could leave him with unpaid debts of more than $150,000.

He fears he will have to let go of a job offer that he has received. “If I go back and lose my F-1 [student] visa then I will have to restart my career in India with a huge debt,” he added. 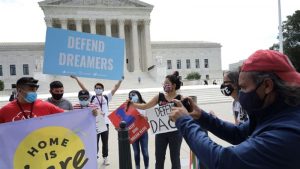 Two top American universities – Harvard and Massachusetts Institute of Technology (MIT) – on Wednesday filed a lawsuit in court, seeking to revoke the order by the Trump administration.

“We believe that the ICE order is bad public policy, and we believe that it is illegal,” he added.
Some universities, including, Princeton University, Stanford University, California Institute of Technology (Caltech), and Cornell University have announced their support for the lawsuit by Harvard and MIT.

Brown University, where international students account for about 18 percent of the total student population, issued a statement on Wednesday describing the new immigration order as “nothing short of cruel” and “a direct threat to public health”.

International students contributed $45bn to the US economy during 2018, the Institute of International Education report said, citing the US Department of Commerce, according to a report by Reuters news agency.

NAFSA, a global education advocacy group, said the foreign students supported nearly 460,000 jobs in the US in the 2018-19 academic year. 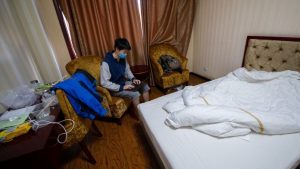 Harvard plans to conduct all course instructions for the 2020-21 academic year online, but many other universities are planning to adopt a hybrid model, which will include online classes and some in-person instruction, in the wake of the visa changes.

During the 2019 fall semester, UC Berkeley admitted 6,833 international students, including 2,763 from China, and 709 from India. Berkeley will be implementing a hybrid model for the fall 2020 semester.
Ivor Emmanuel, director, Berkeley International Office, said campus leadership examining their course instruction plans for the fall 2020 semester “with an eye towards making sure that a sufficient level of in-person classes are made available for students”.
Columbia University, situated in the leafy Upper West Side district of Manhattan, New York, has announced that classes will begin on September 8, with a three-term schedule and hybrid teaching.

Columbia University’s president Lee C Bollinger said in a statement, “We must endeavor to configure hybrid classes providing in-person and remote learning options that alleviate the negative effect of these new regulations on Columbia students.”

The US government defends the order

The US government on Wednesday defended the new ICE orders. “You don’t get a visa for taking online classes from, let’s say, the University of Phoenix, so why would you if you were just taking online classes generally?” White House Press Secretary Kayleigh McEnany said during a press briefing but critics and leaders from the opposition Democratic Party have slammed Trump for the student visa directive. 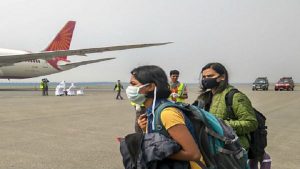 “The cruelty of this White House knows no bounds. Foreign students are being threatened with a choice: risk your life going to class in-person or get deported,” said Senator Bernie Sanders. “We must stand up to Trump’s bigotry. We must keep all our students safe.”

Meanwhile, New Delhi has expressed its concerns to Washington about the change in students visa that could affect a large number of Indian students.

“We have urged the US side that we need to keep in mind the role that educational exchanges and people to people relations have played in the development of our relations,” Anurag Srivastava, spokesman at India’s foreign ministry told a news conference.

The curb on students’ visa is being seen by some experts as an effort by the Trump administration to pressure US educational institutions to open their gates as opposed to the cautious approach to their resuming classes.

Sharvari (Shev) Dalal-Dheini, director of government relations at the American Immigration Lawyers Association (AILA), said the order helps advance the story that Trump administration wants to feed that everything is back to normal and everything should be open.

“This is to strong-arm universities and colleges to buy into that narrative which the Trump administration is trying to sell that everything is fine.”

The ICE order on international students comes two weeks after the US government temporarily suspended work visas, including H1B, for foreign workers, as the US unemployment level hit record levels due to COVID-19. That order affected more than 400,000 H1B visa applications.

Greg Siskind, an immigration lawyer based in Memphis, said it was not a coincidence that the ICE order comes a few months before the 2020 US presidential elections. “The president believes that these things will help him which is why these things happen,” he said. “I think COVID-19 is just an excuse to do things that they wanted to do all along.”

Jenny J Lee, a professor at the Center for the Study of Higher Education at the University of Arizona, said the ICE order is consistent with anti-immigration policies that have been rolled out by the Trump administration.

“But the difference is that these are students who are already legally here on visas provided by the US government,” said Jenny.