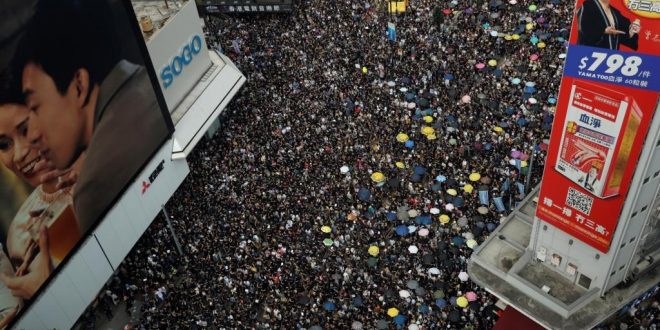 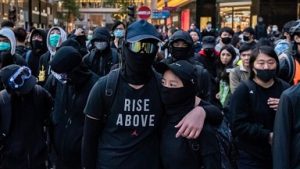 CITY OF VICTORIA: Tens of thousands of protesters have marched through the streets of Hong Kong in the largest anti-government rally in months.

For the first time since August, police allowed a rally by the Civil Human Rights Front, a pro-democracy group.

Police said 11 people were arrested in raids ahead of the rally and that a handgun was seized.

The protests started in June over a controversial extradition bill, and have now evolved into broader anti-government demonstrations.

“I will fight for freedom until I die,” said June, a 40-year-old mother.

In a statement on Saturday, the government called for calm and said it had “learned its lesson and will humbly listen to and accept criticism”. 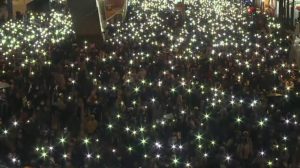 Organizers of the rally, the Civil Human Rights Front, said this is the government’s last chance to meet their demands, which include an independent inquiry into the police’s handling of the protests, an amnesty for those arrested and free elections.

Clashes have become increasingly violent in recent months, raising the question of how the unrest can be stopped.

Yet, Sunday’s march was largely peaceful, with few reports of violence despite tensions running high at times.

As the march drew to a close, the High Court and the Court of Final Appeal were vandalised and attacked with suspected petrol bombs, police said.

The attacks on the courts were widely condemned by March organizers, police and the government, which it said “undermined Hong Kong’s reputation as a city governed by the rule of law”.

Earlier, police said a Glock semi-automatic pistol and 105 bullets were discovered during raids along with a haul of knives and firecrackers. It was said to be the first time that a handgun was found since the protests began. 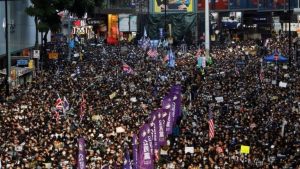 The city has been relatively calm since pro-democracy candidates won a landslide victory in local council elections two weeks ago.

Around 6,000 people have been arrested and hundreds injured, including police, since June.

Critics feared this could undermine judicial independence and endanger dissidents.

The bill was withdrawn in September but protests continued.

Until 1997, Hong Kong was ruled by Britain as a colony but then returned to China. Under the “one country, two systems” arrangement, it has some autonomy, and its people have more rights. (Int’l Monitoring Desk) 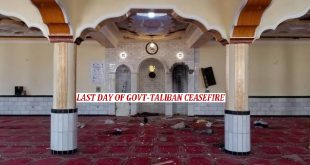