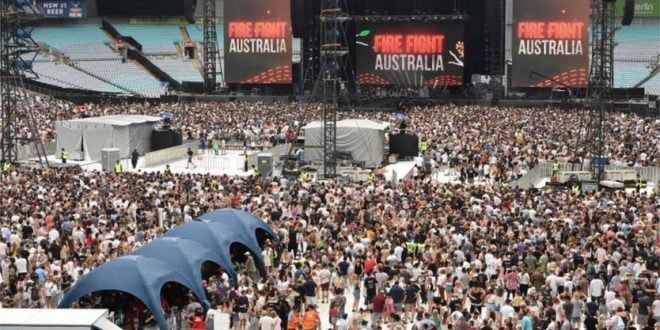 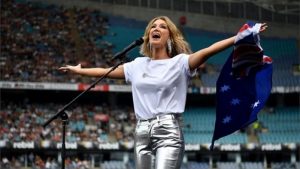 Global acts like Queen and Alice Cooper have joined local stars like 5 Seconds of Summer, Tina Arena and Delta Goodrem for the Fire Fight Australia gig.

“As Aussies we bear together… because it turns out the people at the top don’t,” the host Celeste Barber said.

In the worst-hit state New South Wales, heavy rains have brought bushfires under control, but in the last few months more than 11 million hectares of land – an area comparable to the size of England – has been affected across all of Australia’s states and territories.

The nation has always had a fire season, with naturally occurring blazes sparked during the dry summer, but this year’s has been unprecedented in 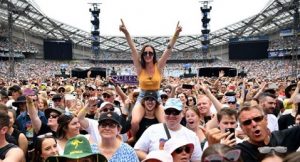 the scale and intensity of the fires.

Prime Minister Scott Morrison’s government has come in for harsh criticism for its response to the disaster.

Profits from the 10-hour event at Sydney Olympic Park will raise money for rural fire services, communities affected by bushfires and animal welfare.

Among those attending was Dalene George, a teacher from Bateman’s Bay, who told Reuters: “[I want to be] part of the people who helped to try and bring things back together and bring smiles. Yeah be part of that healing stuff that happens with community.”

Another concert-goer, bank worker Karen Adams, said: “We’re in Sydney so we couldn’t even get down there to help, which was heartbreaking. And I work in a bank and so many families have lost everything so we’re here to support them all.”