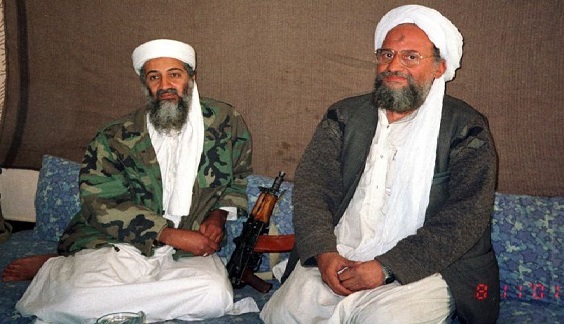 ‘Terrorist group we forgot now more dangerous than ever’

MELBOURNE: A global network of terrorist and militia groups ‘a desire to establish an Islamic caliphate and expel non-Muslims from Muslim lands’.

A willingness and preparation to execute “spectacular” attacks in Western countries ‘growing strength, capability and influence.

No, this not the Islamic State (IS) group, the terrorist group that has dominated the headlines since it declared a caliphate in Iraq and Syria in 2014. 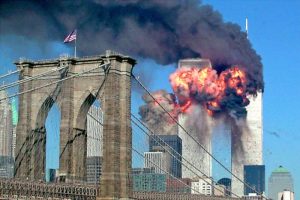 This is the group that spawned IS: Al Qaeda.

You might have forgotten about Al Qaeda after the US killed its leader, Osama bin Laden, in Pakistan in 2011.

The group has been relatively quiet since then, taking a deliberate strategy of avoiding major attacks and especially not attacking Western targets.

“I would argue [the group] has been quietly and very patiently rebuilding and continuing to marshal its resources to carry on the struggle that Osama bin Laden declared more than two decades ago.”

That struggle is an ideological and physical battle against “unbelievers”, or enemies of Islam.

The group’s leader, Ayman al-Zawahiri, said its focus is on attacking the US, which it calls “the head of the snake,” and the “first enemy of Muslims around the globe”.

This long-held aim led Al Qaeda to carry out the September 11, 2001 attacks on the World Trade Centre in New York and the Pentagon in Washington, DC — the single deadliest terrorist attack in history. 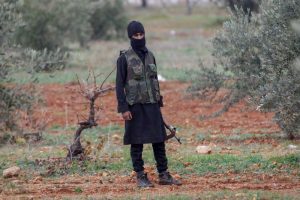 Al Qaeda’s eventual goal is still the establishment of a caliphate from Jerusalem to Spain.

It’s a very similar goal to that of IS, partly because IS began as Al Qaeda in Iraq before an ideological dispute saw it split from the group in 2013.

Since then, Al Qaeda has allowed Islamic State to be the focus of attention and attacks from a coalition of Western countries, including Australia, that saw IS lose control of all its territorial caliphate in March of this year.

While IS was being bombed by coalition planes and losing a ground campaign in Iraq and Syria, Al Qaeda was quietly strengthening its network of affiliates across the world, including in Indonesia.

“Al Qaeda aspires to fill the vacuum that has been created by the defeat of Islamic State,” Professor Hoffman said.

“All this behind-the-scenes activity suggests ongoing preparations, at some point, when Ayman al Zawahiri, Al Qaeda’s leader, thinks the time is right to resume operations.”

Analysts fear Al Qaeda will shift focus back to the West

Although Al Qaeda has avoided targets in the West in recent years, the organisation remains a threat for Western governments. 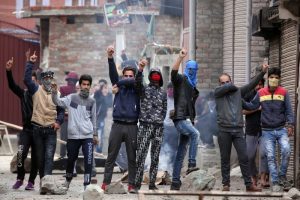 In June, police in Spain arrested 10 men for funnelling money to Al Qaeda-linked groups in Syria.

“The aviation threat is real. Al Qaeda is resurgent. They have reorganized,” Ben Wallace told the Sunday Times.

While Al Qaeda have been quiet, they have not been idle. At some point, observers warn, they will attack the West again.

“They’re certainly in more places than they’ve ever been. They were [previously] in a handful of countries,” Professor Hoffman said.

Professor Hoffman estimates Al Qaeda is present in at least two dozen countries, with up to 40,000 armed fighters.

“Al Qaeda is building an increasingly robust local presence that it hopes to eventually resurrect its international terrorist capabilities from,” he said.

It said the attack was in retaliation for the United States moving its embassy to Jerusalem. 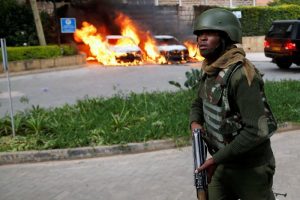 Matt Bryden, a political analyst and former head of the UN monitoring group on Somalia and Eritrea, said Al Shabaab was trying to become more of a transnational terrorist organization.

“Al Shabaab itself is binding these threads of jihadism more and more closely together — its own Somali-style brand and the kind of extremism that exists elsewhere in the region,” he said.

“When these things come together it’s very dangerous, and I think it’s quite possible that’s what we’re seeing now.”

In 1998, Al Qaeda bombed the US embassies in Kenya and Tanzania, killing 224 people.

In a single day in 2002, the group attempted to shoot down an Israeli airliner and bombed a tourist resort in Mombasa, killing 13. 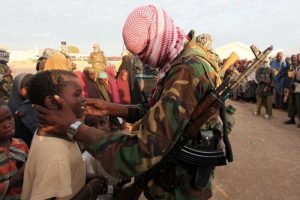 Al Qaeda reportedly has a strong presence in Afghanistan and affiliates in north Africa, and is renewing its affiliations with militant groups in Syria’s last rebel-held province.

It has also been active in the ongoing war in Yemen, where its offshoot Al Qaeda in the Arabian Peninsula (AQAP) has gained combat and governance experience.

It even administered a city for almost a year before being ousted by forces led by the United Arab Emirates.

“They did everything they could to demonstrate they were the more capable governance actor,” he said. 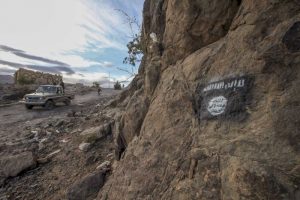 “They’re really competing on a more political level with internationally recognized governments … to show that they were the better choice for Yemenis” but Salisbury said Al Qaeda in Yemen had also become a more divided and looser organization than one purely focused on attacking international targets for ideological reasons.

“They’ve become much more focused on integrating with local spheres and much less focused on the brand-name, big-ticket attacks,” he said.

(Monitored and referred by SJA Jafri*)