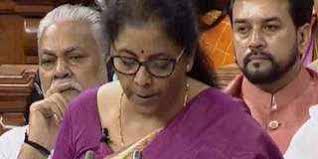 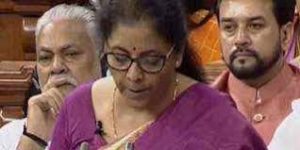 Hyderabad, : Union Budget-2019 presented by Union Finance Minister Nirmala Sitharaman left two Telugu States in despair by not allocating adequate funds, according to political parties. While the budget allotted a mere Rs 80 crore to IIT in Hyderabad and the Finance Minister made no mention of bifurcation issues and promises made in AP Reorganization Act of 2014, the political parties felt. Central University in Andhra Pradesh got Rs 13 crore, Tribal varsity Rs 8 crore, but the Tirupati IIT did not get any funds. The budget also did not make any announcement of funds to key institutions like IIT, IIM, IISR, IIIT and others in the two Telugu States. Also there was no mention of funds for Amaravathi, capital city of AP, for Polavaram project, revenue deficit and others.

On the budget, TRS and YSRCP ruling parties in Telugu States expressed displeasure for non-allocation of funds to key projects and schemes. TRS MP Nama Nageshwara Rao termed the Union Budget as “hopeless”. He expressed pain at the non-allocation of subsidy for irrigation projects. “Though we expected some new projects to Telangana, the Centre failed to do so”, Nama said, adding that there was nothing new in the Union budget presented by the Finance Minister. Another TRS MP K Prabhakar Reddy alleged that the BJP was conspiring against the Telangana State and did not give funds.

Also Congress MP Revanth Reddy said the Centre was showing partisan attitude towards southern States. No irrigation project got any funds in the Union budget and no schemes and funding for education and jobs or other schemes, he fumed. He alleged that the Centre was giving in return only 65 paisa after taking Re 1 from southern States as taxes under various heads.
YSRCP MP Vijaya Sai Reddy expressed his displeasure at the Union budget for failing to allocate funds to the capital city, projects, institutions and other schemes. Despite AP suffers financial deficit of Rs 60,000 crore, the Centre did not make any allocations, he fumed.