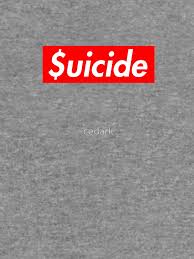 Hyderabad: Even as the state government was taking steps to help the migrant workers, the suicide of a 25-year-old Nagaraju over non-payment of salary has sent shockwaves. The deceased hails from Mancherial district and was working in Kuwait for a cargo company last four years.
Nagarju ended his life by hanging himself at the workplace on February 6 and his body was sent here by flight on Tuesday night. Before he ended his life, he recorded a message explaining why he resorted to the extreme step. In the video, he said that he was not given salary for the past few months.
“Nagaraju made a call to his parents last on February 5. The young man worked very hard for four years in Kuwait to support his family. During that time, he visited India only once, that was about two years ago. His employer European Car Care Centre should compensate for the family’s loss,” Gopal, relative said to a daily.
Meanwhile, the Congress Party Telangana in-charge RC Khuntia and other leaders will stay in Kuwait between February 14 to 17 to help the migrant workers from the state. They will help the migrant workers to come back to their native places, among other issues.
2018-02-14
admin
Previous Kodandaram To Announce New Party On March 10
Next Dalit Law Student Murder Accused Held in Sultanpur