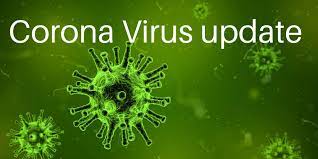 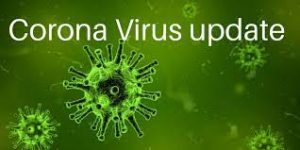 Hyderabad, April 7 (Press media of india): Rapid spread of corona  Pandemic is continuing in the State, causing much concern in the government circles. As many as 74,274 corona tests were conducted in the State yesterday till 8 pm and 1,914 persons tested positive. The corona bulletin released by the Health Department here this morning said that five persons died of corona yesterday in the State. With this,  the total number of deaths die to corona reached 1,734 in the State.

Yesterday,  285 persons recovered from corona,  taking the total number of persons recovered to 3,03,298. There are 11,617 active cases in the State. Of them, 6,634 persons are under home isolation. In greater Hyderabad limits, 393 persons rested positive yesterday.

Meanwhile,  the Centre has warned that the four weeks are very critical and hence people should be very careful and take all precautionary measures. The Centre said that it is in the hands of the people to check the rapid spread of second wave of corona. Stating that corona is spreading very fast in all the states, it said that the people should actively participate in the fight against the dreaded disease by following the guidelines and all eligible people taking the vaccination compulsorily.

The Centre made it clear that it is not possible at present to vaccinate all the people above 18 years of age. All those who are above 45 years of age must take the vaccination, it said.

The Covid-19 positive cases reported from the districts included 29 from Adilabad, seven from Bhadradri, 393 from areas under GHMC, 68 from Jagtiyal, 13 Jangaon, five from Bhupalpally, 12 from Gadwal, 64 from Kamareddy, 80 from Karimnagar, 48 from Khammam, 21 from Asifabad, 36 from Mahabubnagar, nine from Mahabubabad, 37 from Mancherial, 23 from Medak, 205 from Medchal Malkajgiri, six from Mulugu, 18 from Nagarkurnool, 40 from Nalgonda, eight from Narayanpet, 104 from Nirmal, 179 from Nizamabad, 23 from Peddapalli, 32 from Siricilla, 169 from Rangareddy, 76 from Sangareddy, 42 from Siddipet, 31 from Suryapet, 25 from Vikarabad, 17 from Wanaparthy, nine from Warangal Rural, 60 from Warangal Urban and 25 from Yadadri. (PMI) . 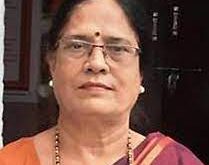 Cabinet reshuffle likely in May, Vani Devi may get a berth

Hyderabad, April 4 (PMI): Cabinet reshuffle is likely to happen in May as the TRS …