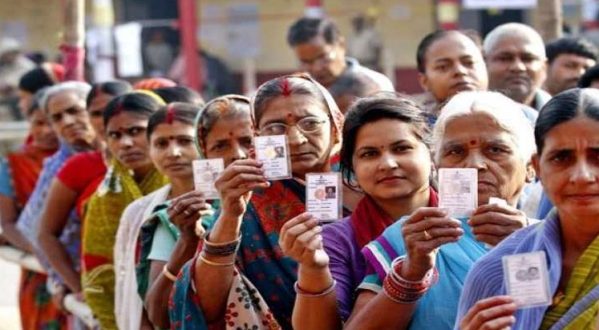 Hyderabad: The Telangana government Monday informed the Election Commissionthat it was fully geared to conduct the Lok Sabha elections in the state peacefully.

The state administration had peacefully conducted the assembly polls in December and was ready to hold the coming Lok Sabha elections in “the same spirit”, Chief Secretary S K Joshi said.

All steps were being taken to conduct the Parliament election peacefully, he said during a video-conference held by the Election Commission with officials for different states on the preparedness for the Lok Sabha polls, according to an official release here.

The Telangana government has won an award in providing facilities in polling stations to persons with disabilities, Joshi said.

Electoral roll in the state would be published on February 22, he said.

State Director General of Police Mahendar Reddy, who also took part in the discussions, said the assembly polls and two phases of Gram Panchayat elections have been peacefully conducted in the state.

The state police force was ready to conduct the Lok Sabha elections peacefully, he added.

It would have a plan of action in coordination with neighbouring Maharashtra, Andhra Pradesh and Chattisgarh for Naxal affected areas, he said.

Recalling that 19,000 police personnel from neighbouring states and 276 companies of central forces were pressed into security duty in the state for the assembly polls, he sought deployment in the same level for the Lok Sabha elections also.

State Chief Electoral Officer Rajat Kumar said a special drive has been taken up for enrolment of voters and that 16 lakh claims and objections have been received, according to the release