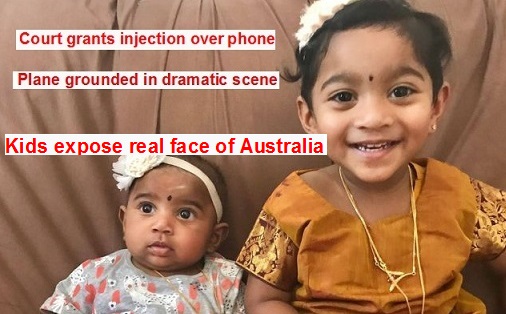 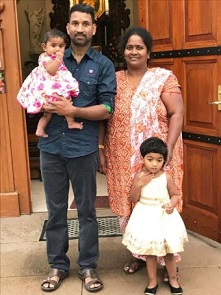 MELBOURNE: Australian activists have managed to halt the midnight deportation of a Tamil asylum-seeker family as they were being flown out of the country.

An injunction, granted mid-air, paused the removal of Nadesalingam, Priya, and their two daughters to Sri Lanka.

The family’s case has provoked national outcry since March last year, when authorities forcibly removed them from their home in Queensland.

Australia defended their expulsion on Friday, saying they were not refugees. 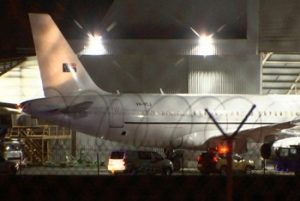 He said the family’s asylum claim had been comprehensively assessed and rejected by immigration authorities. Successive legal appeals in recent times for the parents and eldest child have also failed.

The parents of the family, Nadesalingam and Priya, met and married in Australia after fleeing Sri Lanka’s civil war. Two-year-old Tharunicaa and her four-year-old sister, Kopika, were both born in Australia.

Supporters say they risk persecution if they are returned to Sri Lanka due to their past political links.

The family worked and lived in the small country town of Biloela for three years, before they were forcibly removed to detention 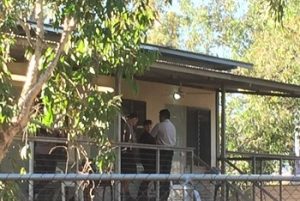 centres last March. The dawn raid, carried out by a dozen officers, prompted a huge response from the community. A petition for their return has attracted more than 120,000 signatures.

In a dramatic development on Friday, a federal court extended an injunction that stops the government from deporting the youngest child before next Wednesday.

It is unclear whether the government will allow that reprieve to include the rest of the family, who have only been publicly identified by their first names.

“Given the circumstances, it would be a pretty inhumane thing to do to separate the family at this point,” lawyer Carina Ford told reporters. 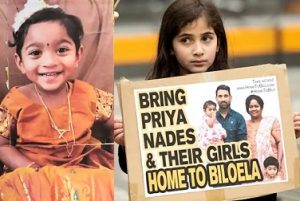 How was their deportation stopped mid-air?

Protesters rushed to Melbourne Airport on Thursday night, upon learning the family would be deported within hours.

Their plane took off at about 23:00 local time (12:00 GMT), but lawyers succeeded, during the flight, in securing a last-minute order preventing Dharuniga’s deportation.

That injunction, ordered over the phone by a judge, forced the plane to land over 3,000 km (1,850 miles) away in Darwin, Australia’s northernmost major city, at about 03:00 local time on Friday. Footage posted online shows the family being escorted from the plane by guards. 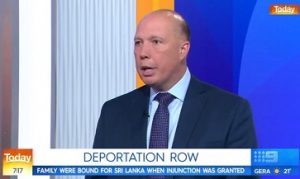 Their friend Angela Fredericks told the BBC the family had “suffered a huge emotional toll and are very distressed”.

She said the girls had cried during the flight, and Priya had not been allowed to sit with her children.

On Friday many Australians, including lawmakers, expressed anger online over the family’s treatment and called for the government to show compassion.

Critics have compared the situation to a controversy last year, 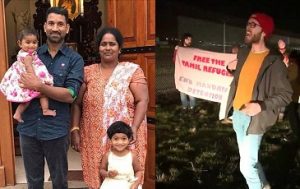 where a minister personally intervened to stop the deportation of a French pair.

Sources claimed that the entire world has once again strictly condemned and criticized another action of Australian Immigration Authorities (AIAs) against an innocent Tamil family which has been living in Australia since last seven years but like other families and individuals, the AIAs wanted to deport this family too on self-made laws and so-called discretionary powers and like many previous orders and decisions, the court rejected the decision of AIAs and allowed the family to stay in Australia till the final decision of the court, on the other hand millions of cases are not only pending since last many years but thousands of people including women, children and ill people are illegally detained in different detention centers across the country as well 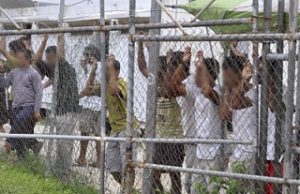 as others’ islands and hidden places and like the above case AIAs always face defeat against their decisions.

Sources further firmed that the Australia will sink into its own waters if the Liberal along with its coalition political parties will not change its policy regarding refugees and immigrants and if the present government will not decide millions of pending cases within six months, not only Liberal government would not complete its tenure but would have to face uncontrollable situation and law and order situation across the country and those are strictly monitoring AIAs decisions and actions, they would ultimately have  to take an action against them as well as all involved politicians and their supporters, facilitators and companions and the days are not far away when 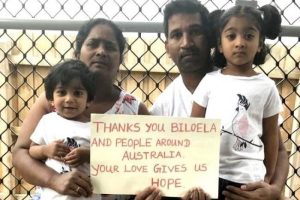 the government, officials, AIAs, LEAs even Australians will see themselves that how world react against them.

A large number of migrants those are citizens of having permanent resident-ship have decided that now neither the Australia remained livable for them nor they can show their Australian citizenships anywhere across the world because according to their views, Australia has lost its reputation and credibility and hundreds of applicant those cases are pending have also either decided to take back their cases or to leave Australia without any prior intimation, sources concluded.