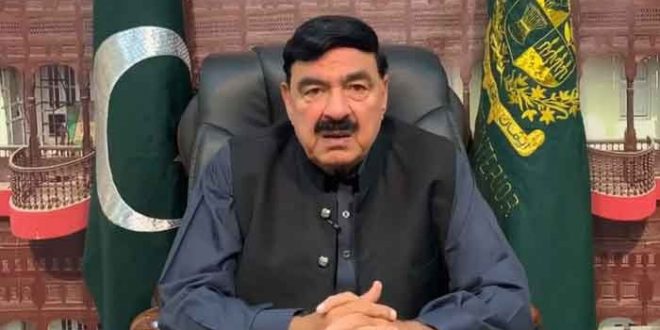 ISLAMABAD/ KABUL: Interior Minister (IM) Sheikh Rasheed Ahmed on Thursday said that the Taliban should be given time to form a government in Afghanistan and run the country effectively.

The minister expressed these views in a meeting with the United Nations High Commissioner for Refugees Filippo Grandi, to discuss the issue of Afghan evacuation and aid for the Afghan citizens. 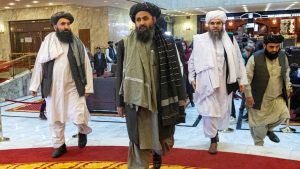 “The world needs to understand the ground realities about Afghanistan,” said Rasheed.

He added that the Taliban must ensure the availability of financial and human resources for governance.

While commenting on Pakistan’s role in dealing with the crisis in its neighboring country, Rasheed said that Pakistan wishes for durable peace in Afghanistan.

He said that Pakistan is working 24/7 in facilitating the evacuation of Afghan citizens and foreigners present in Afghanistan.

In addition to this, Rasheed said that the country has also sent aid in form of food and medicines to Afghanistan on the basis of human empathy and it will continue this aid.

“In the context of the current situation, there are no Afghan refugees and no refugee camps in Pakistan,” said Rasheed.

“We are grateful to Pakistan for providing security and visa facilities to the UN staff members,” said Grandi.

He said that the UN will not abandon the Afghan citizens in this crisis and will help them in every possible way.

The UN has moved the world nations to provide funds and aid for Afghanistan, he added. 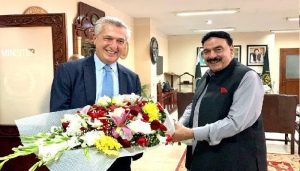 The high commissioner warned of global implications, saying that Afghanistan needs urgent and sustained support from the international community to prevent a larger humanitarian crisis.

The international community must therefore engage with Afghanistan and quickly in order to prevent a much bigger humanitarian crisis that will have not only regional but global implications, he said.

Even before the Taliban took over last month, Grandi said, more than 18 million Afghans, or about half the population, required humanitarian aid.

More than 3.5 million Afghans were already displaced in a country that is battling drought and the COVID-19 pandemic.

Poverty and hunger have spiraled since the Taliban takeover, and UN Secretary-General Antonio Guterres told an international aid conference this week that Afghans are facing “perhaps their most perilous hour”.

Donors at the conference pledged more than $1.1 billion to help Afghanistan.