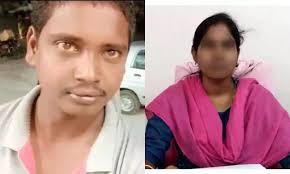 Hyderabad, Nov.5 (PMI): Car driver of Abdullapurmet Tahsildar Vijaya Reddy, who was burnt alive by a farmer, succumbed to burns on Tuesday while undergoing treatment at DRDO Apollo Hospital in the city. The victim, who has been identified as Gurunatham sustained serious injuries all over his body while trying to rescue the Tehsildar after she was burnt alive by the accused Suresh.
The driver,  who sustained 60% of the injuries all over his body, was rushed to the hospital for treatment. However, the efforts of the hospital doctors did not yield any result as the victim succumbed to the injuries sustained during the incident. The victim hailed from the Suryapet district. He also worked as a lorry driver in the city for some time before joining as driver of the Tahsildar.