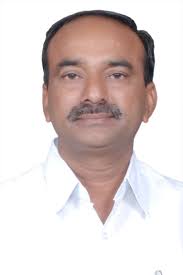 State No 1 in country, Jaitley appreciated TS in Parliament: Etala 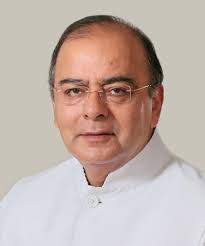 strides in all the sectors under the dynamic leadership of Chief Minister K Chandrasekhar Rao. Union Finance Minister Arun Jaitley also lauded the Chief Minister for all-round development of the infant State and also informed this in Parliament, he said.

The State Government was working with the same spirit of statehood movement to achieve growth in every sector, Etela said. The Chief Minister was working with total commitment for the welfare of the people and the State, he said. Better results achieved in various sectors could be attributed to the persistent efforts of the Chief Minister, he said, adding that polices of the State government, coupled with facilities and infrastructure, are key for rapid growth. The youngest State also achieved rapid Industrial growth and productivity increased manifold due to 24-hour power supply, the Finance Minister claimed. Both the industrialists and the workforce in the State were happy with this development. The State is second to none in power consumption in the country and set a record of 4 per cent more GDP than that of the country.

He also said with 21.90 percent growth rate, the State has shown its mettle at national level against its GDP 17.8 per cent. Etela also said Telangana was showing a solution to pollution problem through Haritha Haram program while the nation was talking on the challenge of global warming. Stating that the State was focusing on life and animals, he said the Mission Bhagiratha and the Mission Kakatiya, better roads, peaceful environment, law and order and building confidence among the people on the government are part of the growth story.

The Telangana government gets the credit of completing the twin projects in record two years and the State was among the five figured prominently in 70 per cent exports from India. “The attitude of the Centre has changed from neglecting our State to giving respect now and our policies are being ideal for other States.  We will follow the ideals of KCR for rebuilding the State to achieve inclusive growth”, Rajender added.