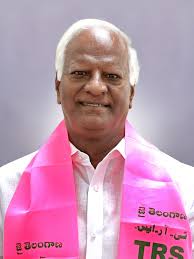 Addressing the gathering on the occasion, the Deputy CM complimented the ICSI for attaining institutional excellence and being a torch-bearer for the cause of Good Corporate Governance for the last 50 years. The ICSI was set up in 1980 under an Act of Parliament, i.e., Companies Secretaries Act 1980, for regulation and development of the profession of Company Secretaries in India. There are some 50,000 members of the Institute and over four lakh students enrolled with the institute. A Company Secretary can immensely support the Governments in realizing ‘Ease of Doing Business’ drive for entrepreneurs and enterprising businesses contributing towards ‘New India.’ He said Company Secretaries have better job opportunities in Telangana as it is the most industry-friendly State.

Chairman of Hyderabad Chapter of ICSI Venkata Ramana said they conducted investor awareness programs on behalf of Ministry of Corporate Affairs and GST awareness programs and submitted a proposal to RBI for creating awareness on RBI Regulations. “We would like to suggest that the state government may introduce in the Higher Education and Secondary School Education the essential awareness about financial literacy.  Our Chapter can support the educational institutions as resource persons for the subjects, he added.

At the celebrations in the Hyderabad,  M. Srinivas, IRS, Commissioner, GST;  M.R. Bhat, Regional Director(SER), Ministry of Corporate Affairs;  Shri Ravi Kumar Duraisamy, Member of National Company Law Tribunal (NCLT) and N. Ramchander Rao, MLC  graced as the guests of honor. CS Venkata Ramana R. Chairman of the ICSI Hyderabad welcomed the Dy CM Kadiam Srihari with a Khadi Angvastram and Certificate marking the commencement of ‘ICSI- Shaheed Ki Beti’ initiative.  The initiative aims to fund the education of the daughters of our martyrs. On the occasion, veteran Company Secretaries were felicitated. The function was followed by  Live webcast from Vigyan Bhawan; New Delhi addressed by Prime Minister Narendra Modi.